Wonder where the Oklahoma State Football Players came from? Check out this amazing map.

Don't ask me exactly how, but Benn Stancil from MODE used ESPN's player data, some SQL, and Google Map's API science, science and more science to create an interactive map showing where every Division-I college football player comes from.

Benn set out to discover if teams like Alabama and Ohio State are great because of their ability to recruit the best players from anywhere, or if players in those parts of the country are just better?

Looking at where each conference gets their players, it's pretty much as you would expect. The Big 12 primarily recruits within its footprint, the SEC has a firm grip on the South, the ACC recruits the East Coast, the PAC 12... well, you get the picture. 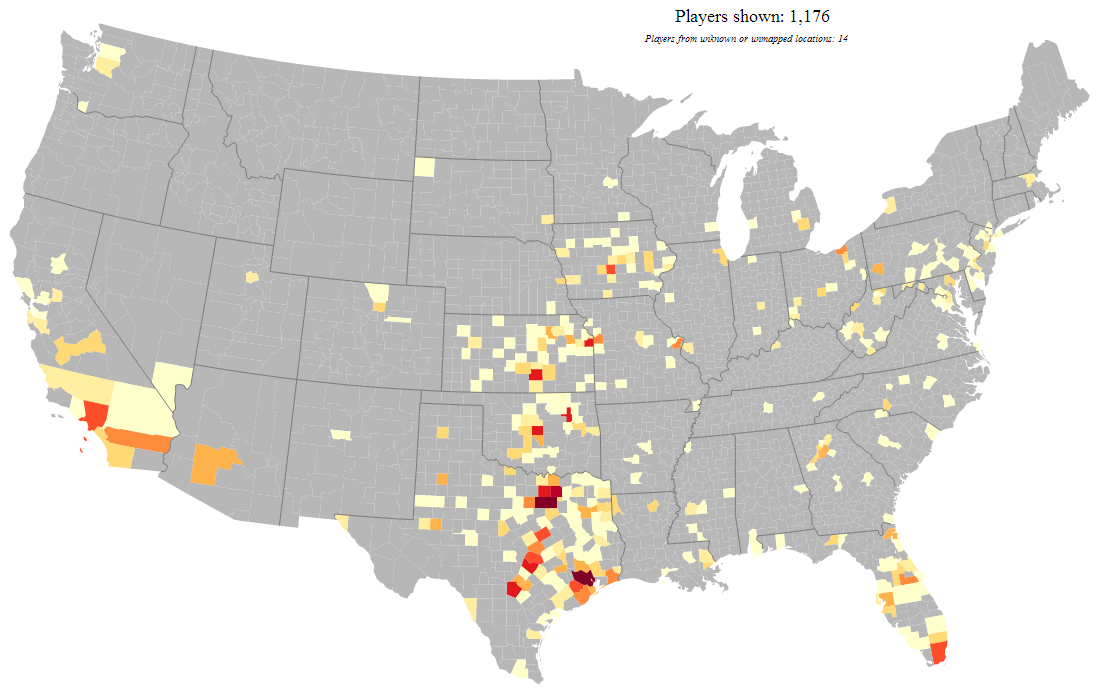 Where it starts to get interesting is when you look at individual teams.

Before looking at the map if you asked me how many states the Cowboys had players from, I would probably venture a guess of about eight. I would be wrong. In 2013, OSU had players from fifteen different states. Fifteen! That's a decently broad reach, and speaks volumes about the direction of the program. 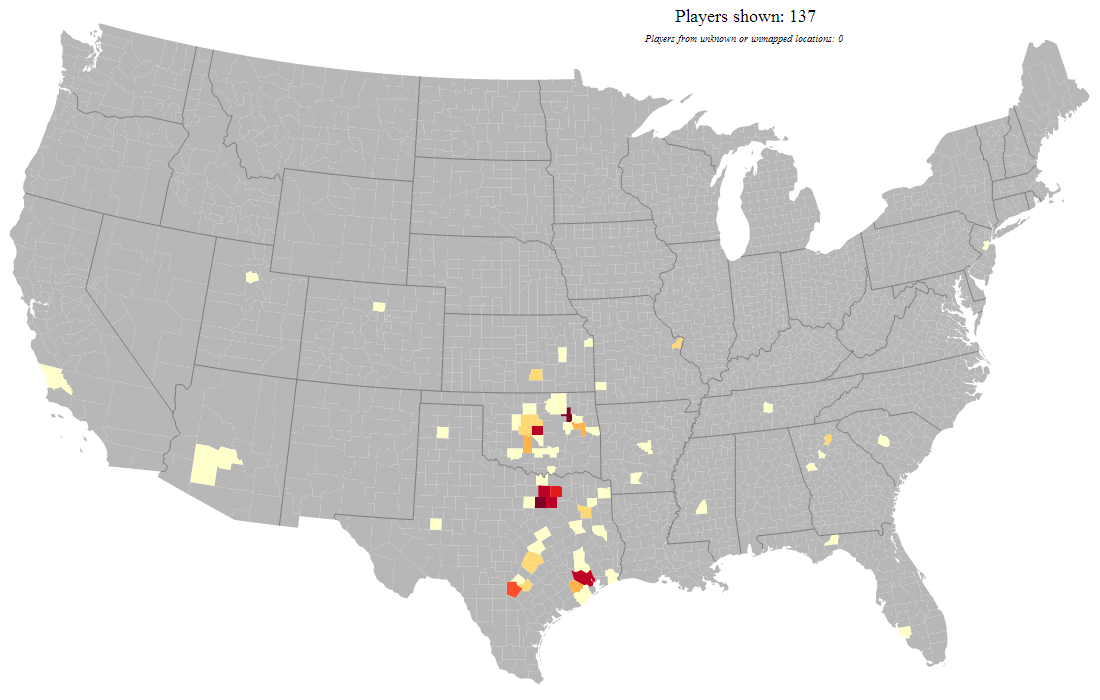 What about a recruiting powerhouse like the University of Texas? The perception is the Longhorns can recruit just about anybody from coast to coast. The reality is Mack Brown preferred to stay home. UT only has players from eight states shown on the map, and all the states not named Texas have a combined total of ten players. When it comes to geographical diversity, the Longhorns are last in the FBS. It will be interesting to see if Texas branches out more under Charlie Strong. 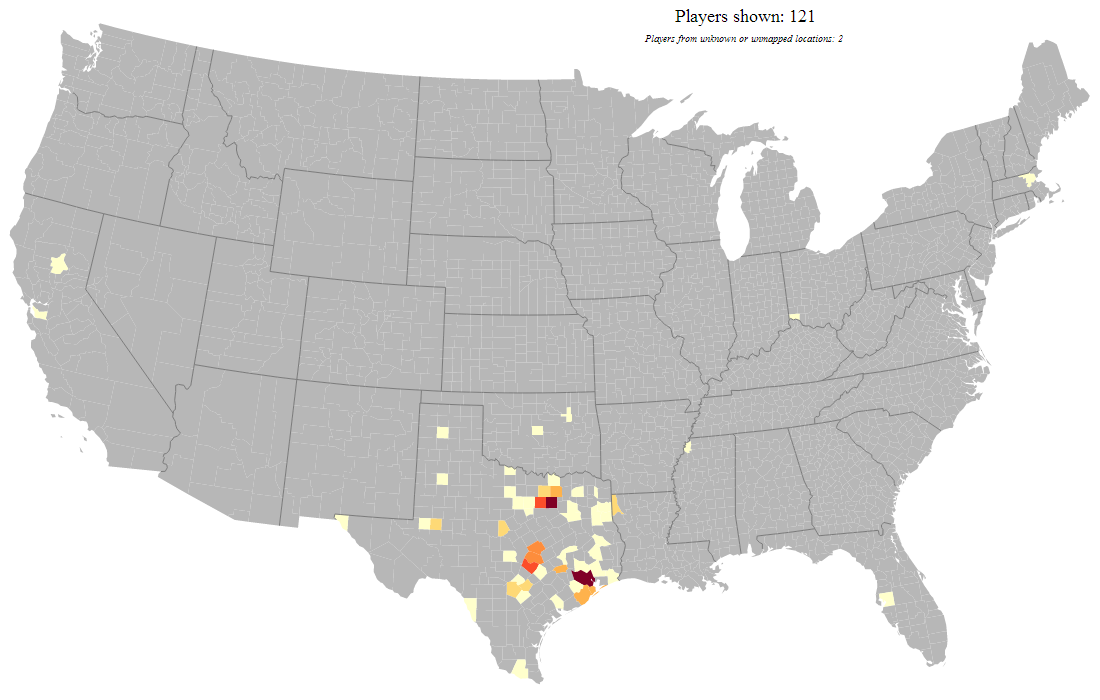 And that team in Norman? They obviously heavily recruit Oklahoma and Texas, but they have a decent presence in California, and recruit Florida as well. Like it or not, the map suggests this is a team recruiting the best of the best. 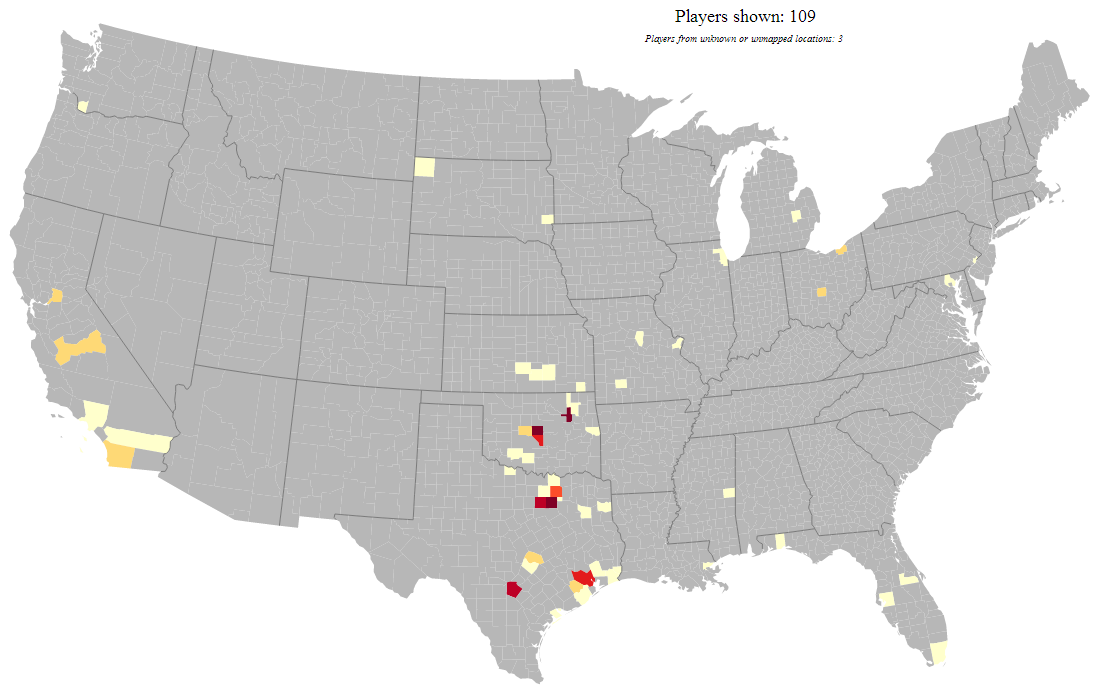 There's a reason so many people had Art Briles at the top of the Longhorns list to replace Mack Brown. He can recruit Texas, and apparently, he didn't need much else to become the Big 12 Champs. 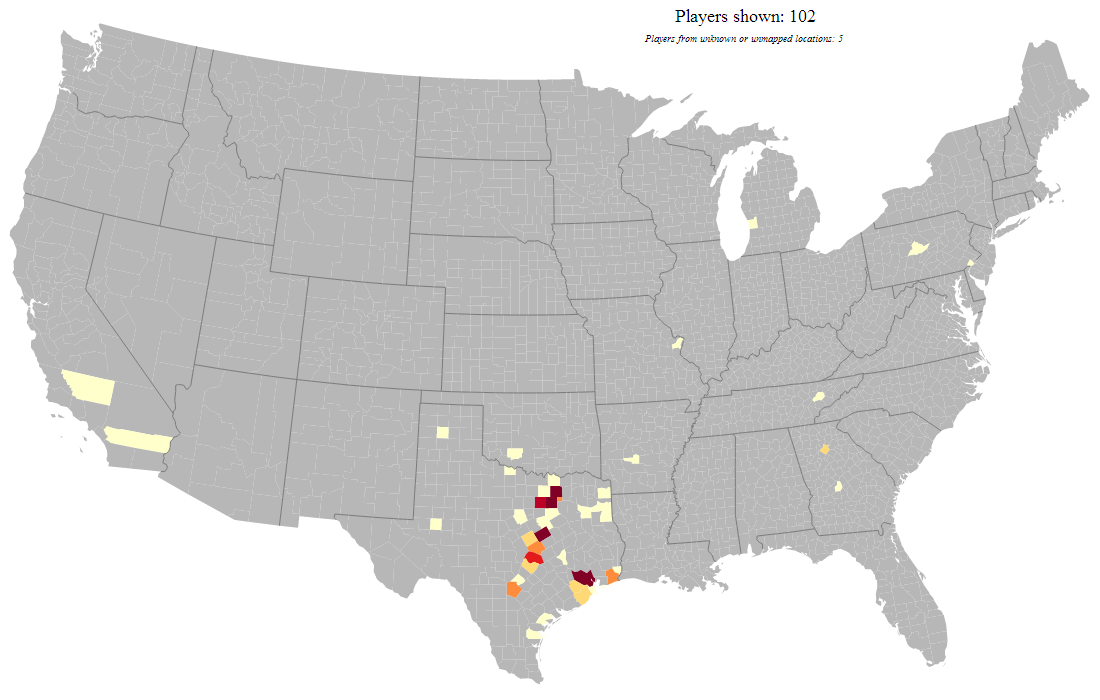 To check out the rest of the Big 12, play with the interactive map, and find out if there is a correlation between program strength and program reach be sure to check out Benn's original story. It's fantastic.