During our office fantasy football draft we ended up with an inordinate number of OU fans (>0) so of course we got into some lively discussions about negative pressure gradients created by the other team (Oklahoma State University being the default here at my company).

Even though OU historically is a better football team (OSU still leads the Big 12 in National Championships, and is in the top 5 nationally) you can never count out the Bedlam game as a source for pain between Oklahomans of all stripes every year. Bedlam has been played for almost a century, mostly annually, between OU and OSU. Over the last dozen years OSU has improved dramatically under Les Miles and especially Mike Gundy. We are in the Big 12 title hunt almost every year and have markedly better season records than we have historically. Despite this, OU still wins a lot of Bedlam games :/

What I wanted to know that is how does OSU stack up against OU when it comes to bettor's odds. OU is one of the greatest football colleges ever and we (OSU of course) are still catching up, but each team has a penchant for beating the other when it matters the most for conference and national title conversations. What about the spread though?

From http://www.oddsshark.com/Stats/DBResults/Football/NCAA, I acquired most of the last 19 years results and spreads. For the years that had spread information, betting the spread won 11/18 (about 61%) of the time, but with only 5 upsets (favored team didn't win, regardless of actual spread). 4/5 of those upsets (80%) came against the home team though.

SEE YOU YOU SOON, OU 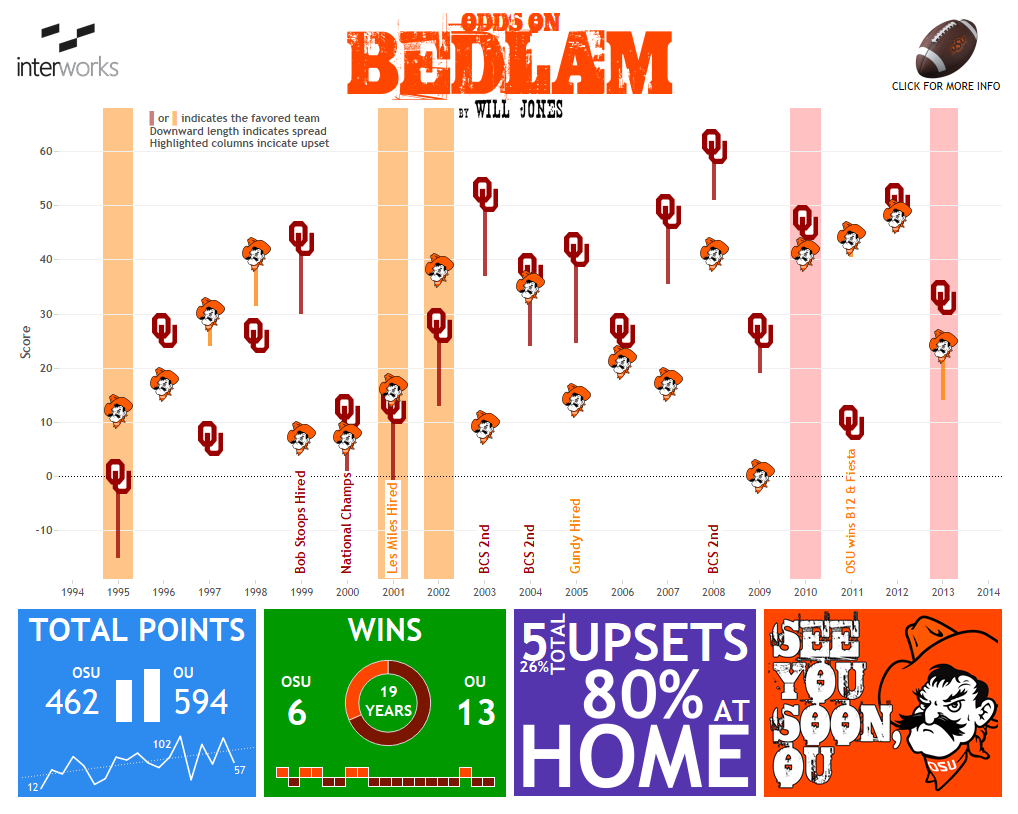