Mike Gundy is quite the character. We've seen this from the classic rant, to the "2014 media Iron Curtain" prior to Bedlam, to his dancing after big wins. He's a very genuine guy, but sometimes his antics make him seem like a coach straight from a TV show.

If you’ve ever watched the TV show "Friday Night Lights," you may have drawn the same conclusion as I did with the connection between Gundy and Eric Taylor. I binge watched the series in the weeks leading up to Bedlam. I made a short list of the similarities.

Taylor shows the same mentality of Gundy. You attack him, not his players.

If you somehow have never seen Gundy's rant:

2. Their backup QBs date a close relative of them

Apparently Daxx has dated (definitely did not marry) Gundy’s niece:

In FNL the backup QB dated the coach’s daughter throughout the show. While this isn’t the same thing as a niece, I don’t think it’s too much of a stretch. Also, Daxx was put QB1 early on in the season due to the Walsh getting injured, much like Matt Saracen being put in for Jason Street, thankfully Walsh did not get paralyzed. Also, later a younger, better QB plays in over Saracen. This is almost like the Rudolph and Garman situation.

This one is a bit more of a stretch. 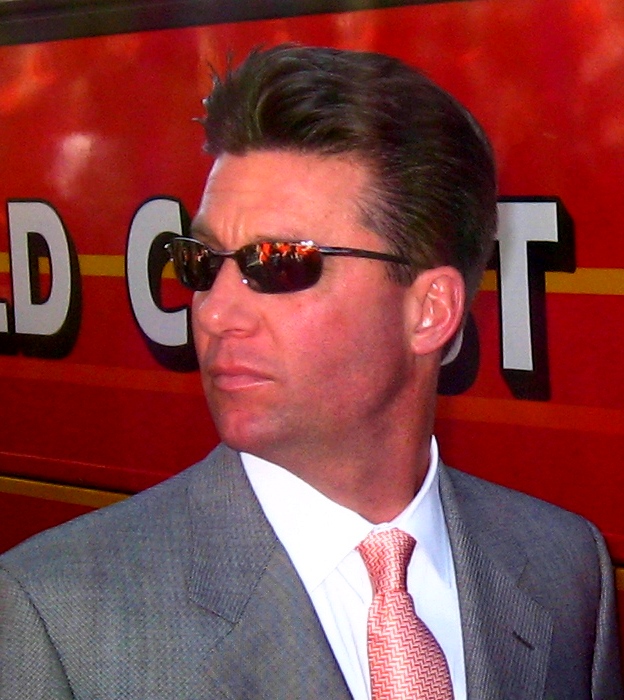 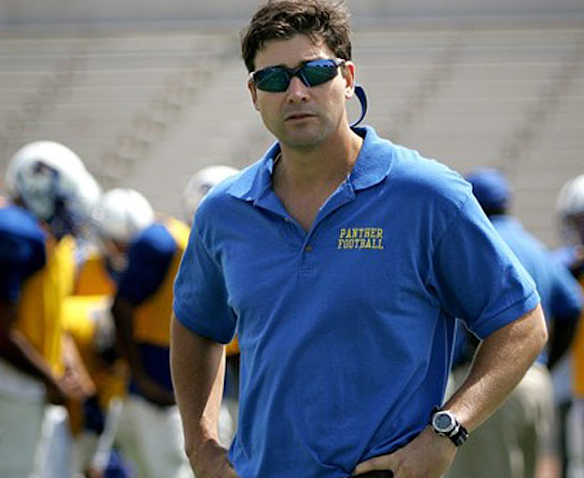 4. They had rumors of leaving their respective teams

In the show Taylor has an offer to go from his position as high school coach to coaching the fictional "TMU". Interestingly though they also showed a fictional "Oklahoma Tech" which had a similar logo, a booster who seemed to resemble Boone and a big stadium (it appeared to be filmed in DKR in Austin). He does take it, but ends up going back to his job in Dillon. Gundy has not changed where he coaches since he accepted the job at OSU, but he has had a few scares of leaving Stillwater. This includes the more recent threat of Gundy possibly going to Flordia and several years ago to Arkansas and Tennessee.

5. They both deal with rich boosters

Although it seems Taylor has a slightly better relationship with the Buddy Garrity compared to Gundy and Boone, both of them deal with frustration dealing with their booster. But they also see a lot of success, the state titles with Taylor and 2011 with Gundy. Taylor (and his wife) have to deal with Garrity wanting to build a jumbotron when the school had more pressing matters. There's some apparent tension between Gundy from the comment Boone made saying that he doesn't care who coaches the Cowboys.

Throughout FNL, Taylor seems to win most of his games by very close margins. Almost all of them seem to come down to the last play. This has not been the case for Gundy overall, but Bedlam this year seemed like a W straight out of FNL.

7. Their relationship with the media

8. The most obvious one

They both coach football.