Because of the hilarious backlash from Sooner fans that came with my “15 Bold Predictions for 2014 OSU Football”, I figured that I would respond with 15 Bedlam specific bold predictions, and if I'm wrong....oh boy...

Share All sharing options for: 15 Way-Too-Early BOLD Predictions for 2014 Bedlam

I’m not here to justify or defend my article because quite frankly, it’s not my fault that some Sooner fans don’t know the definition of "bold".

1. The number of times Bob Stoops goes into a rampage is greater than the total number of touchdowns the Sooners have.

Let’s be real, who gets tired of seeing this face? 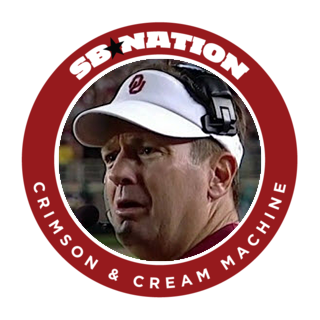 2. Tyreek Hill returns the opening kickoff for a touchdown.

3. A fourth of the stadium is empty entering the 4th quarter.

Because the deficit is too great to overcome, why else would the Sooners watch? After all, isn’t supporting your team no matter what a little overrated?

4. Sooner fans will spend the entire 4th quarter rehearsing to themselves "I am a fan of the Oklahoma Sooners. I am a winner. The all-time Bedlam record is 84-18-7. I do not have an inferiority complex".

Practicing your excuses is a must. How else can you take a loss?

I’m going to say one fumble and three interceptions.

Oklahoma State is going to run the ball all game.

Whether it be Walsh or Garman, someone is going to have a field day.

8. The Cowboys have an offensive score of 70+ yards.

9. Oklahoma State scores a touchdown on all three side of the ball.

There’s something about 48-20 that has a special ring to it.

12. Thanks to our pals in Norman, we will be able to know how many Bedlam wins we have in the last 10 years, despite the outcome.

As if we weren’t already aware.

14. The Sooner offense won’t enter the Cowboy red zone until the 2nd quarter.

They will call for the beheading of Heupel.

It’s going to be a helluva day for the Cowboys and it’s going to be great. But don’t worry Sooner fans, you still have all those trophies that were won before you were alive as consolation.