The new College Football Playoff Trophy was unveiled yesterday, leaving everyone with just one question.... Is it too late to start over?

Molded from stainless steel, bronze, and 24-karat gold, a new National Championship Trophy has been crafted. A new trophy for a new era in college football, ...and it sucks. 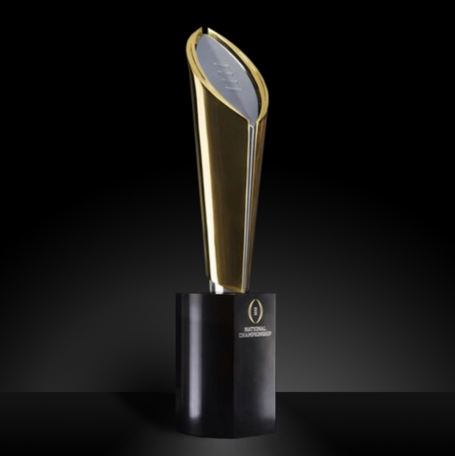 The trophy was designed by Pentagram. Their genius idea was to take the Playoff National Championship logo (yes, that minimalist logo that looks like it's better suited to be on the back of the next iPhone) and turn it into the actual trophy. Did they come up with that all by themselves?

The Crystal Football isn't completely gone, but who want's that when they can have the bat signal? 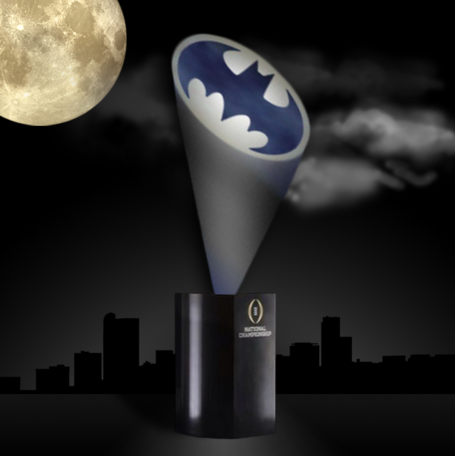 Okay, if it was the actual bat signal, that would be pretty damn cool, but it's not. It's an ice cream cone, beer tap, and telescope. It looks like anything other than an iconic symbol for accomplishing one of the greatest achievements in sports.

The new trophy can't help but bring a certain episode of Everybody Loves Raymond to mind. The one when Marie makes Ray and Debra a sculpture. Once you realize what it reminds you of, you don't really want it in your house anymore. 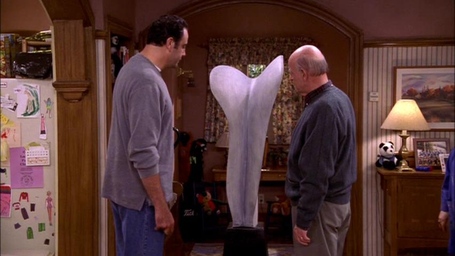 Talk about putting it on a pedestal...

I'm just not sure what's worse, that they settled on that design, or that it was the best choice of 4-dozen entries.

The good news is the Crystal Football will live on, and still be awarded to the winner of the Coaches Poll. Where the winning school will more than likely be able to place it right next to their new Lord Of The Rings trophy. 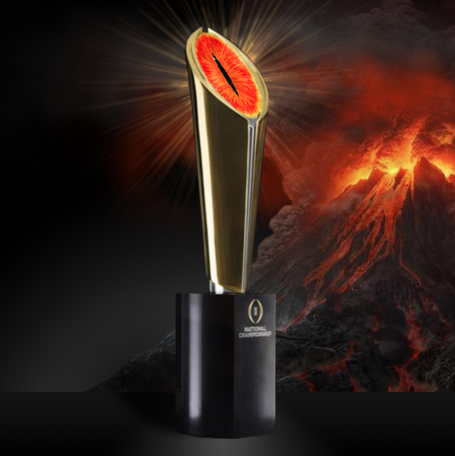