Marcus Smart Preparing For His Next Chapter

The former Oklahoma State Cowboy says it feels weird that he's not going back to Stillwater this Fall, but he's anxious to make his mark in the NBA very soon.

Share All sharing options for: Marcus Smart Preparing For His Next Chapter

LAS VEGAS, NV -- Last summer, Marcus Smart was one of two players with no NBA experience in Las Vegas scrimmaging against players who had already made a name for themselves in the league during Team USA's annual summer mini-camp.

This week, Smart is back in Las Vegas, and once again he is one of two players with no NBA experience scrimmaging against established NBA stars who are looking to make Team USA's squad for the Basketball World Cup in Spain this summer.

It's a familiar setup for Smart, who has already put in over three summers of work with Team USA, establishing a solid reputation amongst the decision makers around the national team. As a basketball junkie, any summer competition is worthwhile for Smart, and for the second straight year he was asked to come out to the desert and ramp up the heat on some of the best point guards in the league, certainly an honor for someone who isn't old enough to slip a quarter into a slot machine yet.

The big difference this time around is that later this afternoon, when the last practice of this mini-camp is complete, Smart will not be headed to the promenade of the MGM Grand to watch Travis Ford announce Oklahoma State's involvement in a mid-season showcase in Vegas. There will be no trip back to Stillwater or team film session at his off-campus apartment. He's not preparing for another season as the face of Oklahoma State basketball.

Instead, Smart will be off to the NBA's Rookie Transition Program and eventually training camp with the Boston Celtics. His textbooks have been traded for a playbook, America's brightest orange swapped for Boston's clover green. With the money and the fame of being an NBA lottery pick comes a ton of responsibility, and Smart is just getting started when it comes to his bout with lofty expectations.

But even though that may seem like a lot for a kid that could be entering his junior year of college next month to be dealing with, after everything he's been through since his last stay in Vegas, from the ups and downs of his sophomore season to the absolute elation of draft night, Smart has been a busy man over the past 12 months, and being back in Las Vegas has given him a chance to reflect on everything he's done over the past year as he prepares to take a major step forward towards his rookie season.

"I can finally take a breath," Smart told me yesterday. "It feels good to be here. To be back here with the best players in the world, it's still unbelievable."

Of course, now Smart can call the best players in the world his colleagues, and he's made a good impression on all of them. Throughout the week, Smart has displayed a ton of confidence in his jumpshot and inspiring tenacity on the defensive end. And once the select team is done for the day and the "A squad" splits up for one final scrimmage, Smart can be found on the open court putting up shots and working on his jumper. 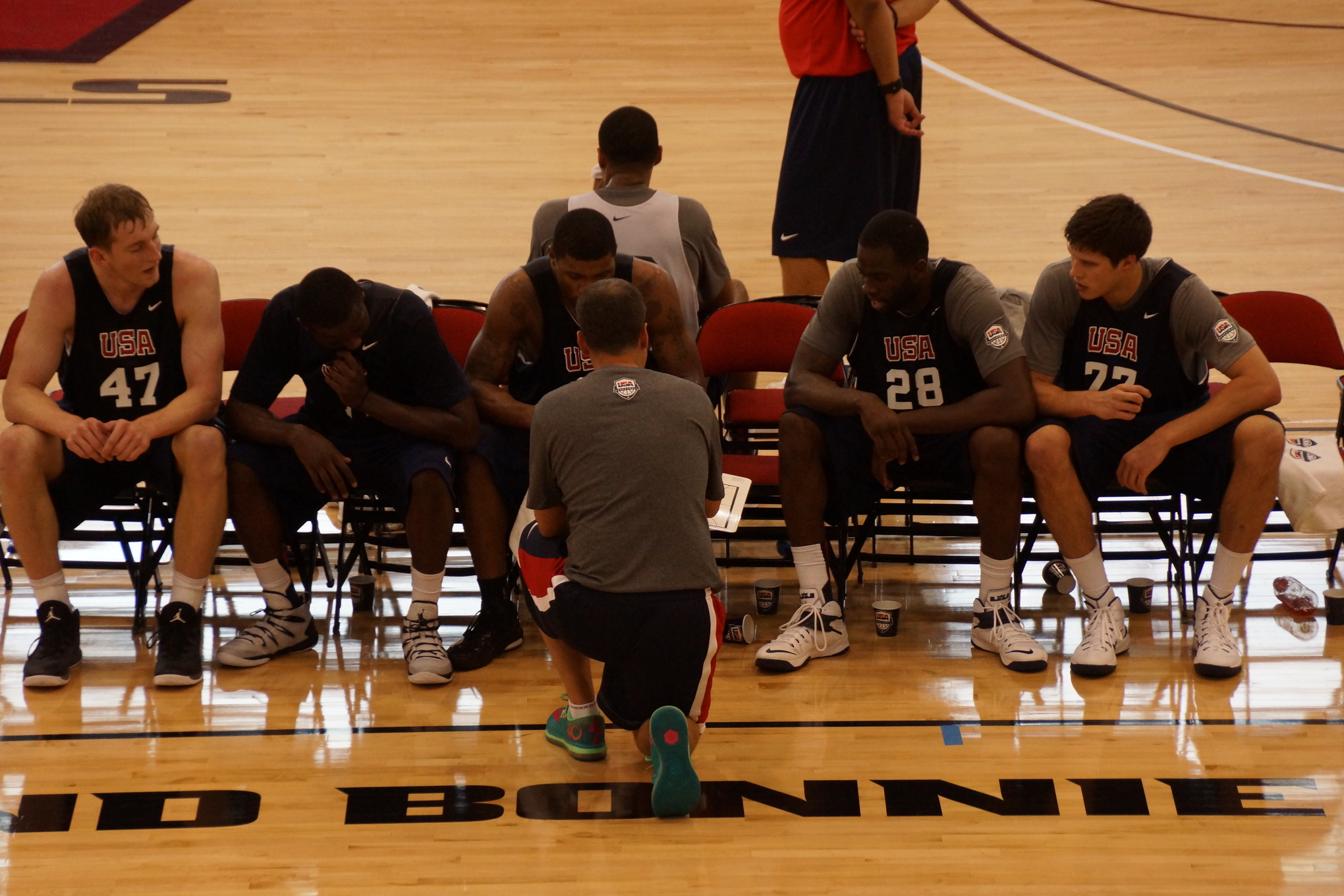 Smart's work ethic draws praise no matter where he goes, and Celtics head coach Brad Stevens cited his leadership and willingness to set an example as reasons why Boston wanted him. With training camp coming up, Smart knows that making a good first impression with his new team will have a lot to do with the way he competes.

"It's going to be real huge to show my teammates how hard of a worker that I am," Smart said. "It shows them that I take responsibility and that they can count on me no matter what."

Smart talks glowingly about being apart of such a legendary franchise and rattled off Boston's long list of achievements and legends like he'd been rooting for them his whole life. Interestingly, though, Smart nearly ended up on the complete opposite end of the NBA landscape, playing beneath the felt jerseys of Chamberlain and Magic instead of Russell and Bird and living next to movie studios and sunny beaches instead of colonial landmarks and the tea-soaked waters of the Boston Harbor.

"Throughout the whole process, I knew it was going to be either Los Angeles or Boston," Smart said. "That's what all of the evaluations said, that whoever picked first between the two was going to take me."

"It's crazy when you look at it, you're either going East Coast or West Coast. One side of the rivalry or the other. Now I bleed green all day."

As excited as Smart is to get to work for the Celtics - he told me that the team hasn't told him what position they want him to play, but that he's going to love playing with and against (in practice) a competitor like Rajon Rondo - he still has a place in his heart for Stillwater, Oklahoma.

"It's crazy not being there," Smart said. "I went back not too long ago and played against some of the players, but it's a different feeling."

Smart isn't one to abandon his roots. He said that he'll try to get back to Stillwater as much as he can throughout the year and he hopes that his time at OSU helps Coach Ford take the program to new heights.

For now, Smart is focused on getting some personal things settled before he begins to deal with the infamous grind of the NBA season. First up on his agenda is taking care of his mom, who has dealt with serious health problems for a good part of the last decade. On top of helping take of some of her health issues, Smart said that he's about to buy her a new home.

"I could have never imagined buying my mom a house for half a million dollars," Smart continued. "Now she'll be right down the street (from where we used to live)."

Though his mother won't be making a big move to a different part of the country, Smart is in for a whole new experience after spending all of his life no more than a few hours away from home. But as daunting as a move to the Northeast seems for a 20-year old that was born and bred in Texas, Smart is looking forward to living out his dream.

"It was crazy," Smart said of the moment when Adam Silver called his name, welcoming him into the NBA fraternity. "I had to stop myself from tearing up - I know my mom couldn't (stop herself from crying). That was my dream, to play at the highest level and to be around the best players in the world. And my name was called, and now I have that opportunity."

(Additional Photo Credit: Nelda Travis/But The Game Is On)

Next Up In Men's College Basketball