What if Big 12 Coaches were Pokemon?

Share All sharing options for: What if Big 12 Coaches were Pokemon?

The offseason does strange things to a person. We all find things to occupy our time, like arguments that have no meaning or discussing whether Tim Tebow can quarterback the Los Angeles Dodgers to the Stanley Cup.

As for myself, I must admit that I'm pretty much a nerd. And with only four days to go until kickoff, I found myself with one last effort at holding my brain over until the season begins. What would the Big 12 coaches be like if they were Pokemon?

First, let me set some guidelines. To me, there are only 151 Pokemon. Not this ridiculous number they are up to now (what is it, like 763?), so I only went by the ones that matter. 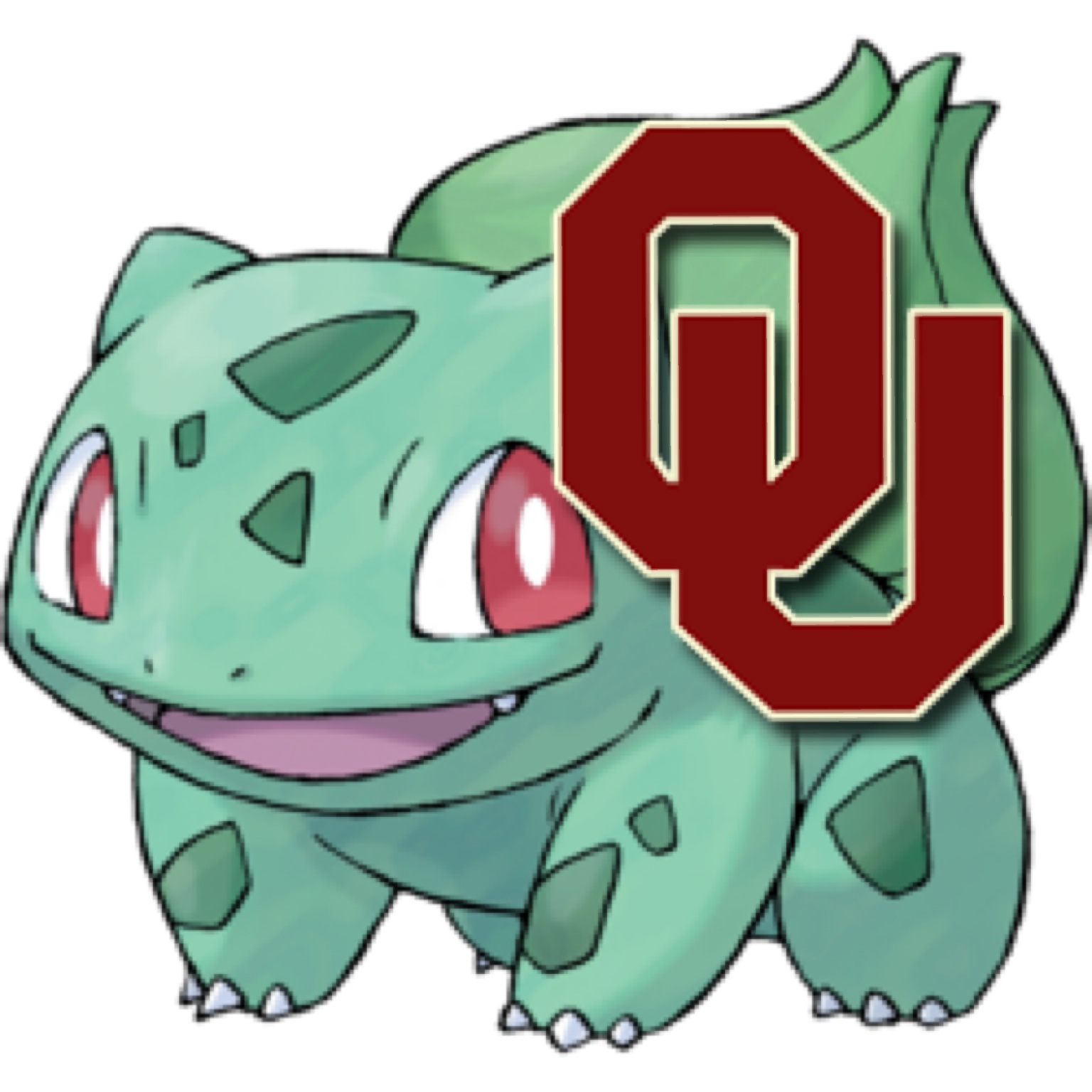 Let's start things off here. Big Game Bob has seen what some would call a decline in recent years. But after a trick play in Stillwater and a trashing of Alabama in the Sugar Bowl, Stoops has shown that his program is going nowhere.

That's why I believe he would be a Bulbasaur. Harmless enough, or so you think just because it's a grass type, but Bulbasaur packs a hidden power punch and is very reliable. Just ask any Cowboys fan, that fake field goal vine-whip still stings. 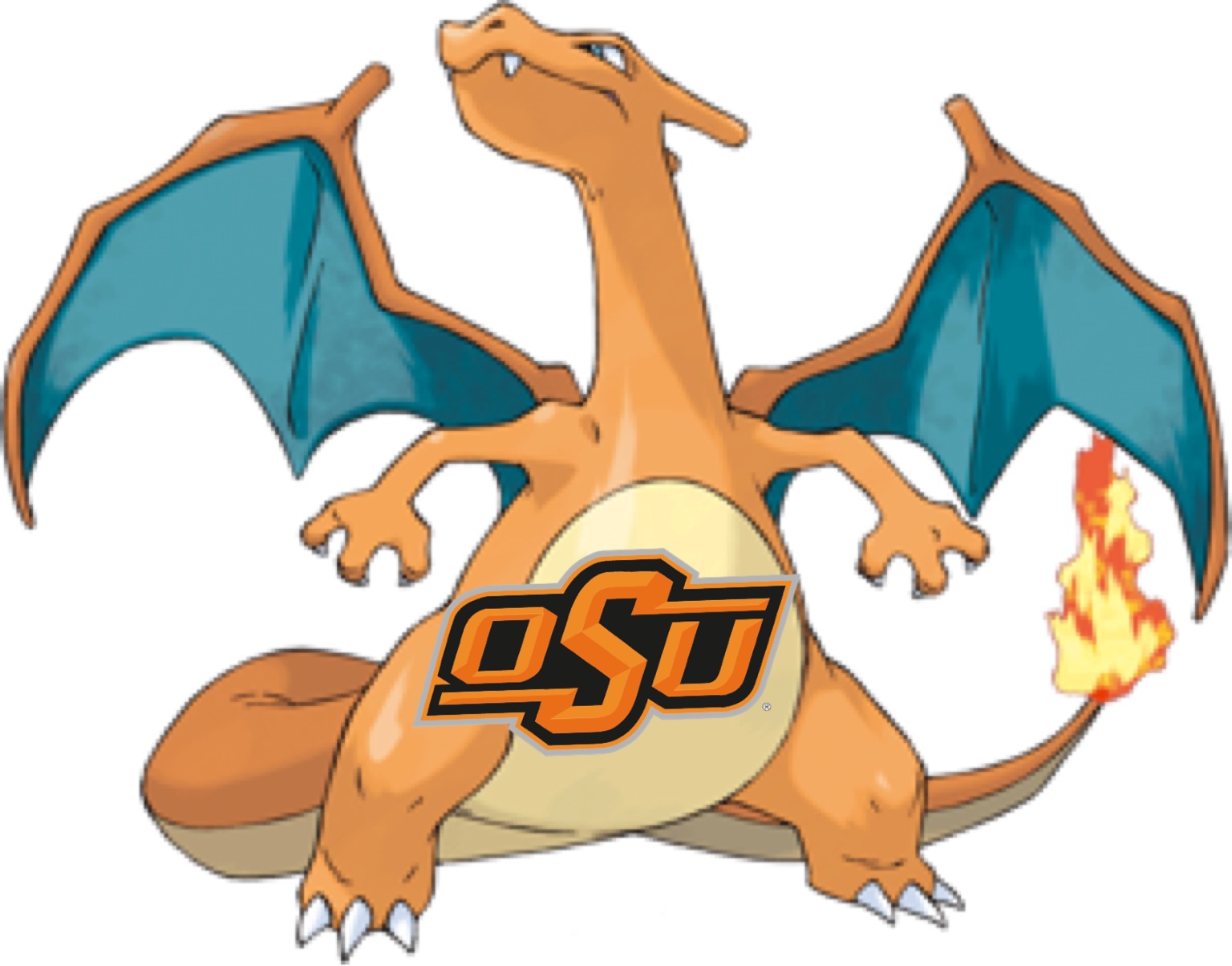 He's a man. He's 47. And he's brought Oklahoma State to the national stage. Say what you want about Gundy, the man knows how to hit teams where it hurts and improve his players.

That's why Gundy is the fiery powerhouse known as Charizard. This dragon, like Gundy, isn't about to tell you his secrets or who is starting at quarterback. But write anything negative about one of his players, and that flamethrower attack will leave you scorched. 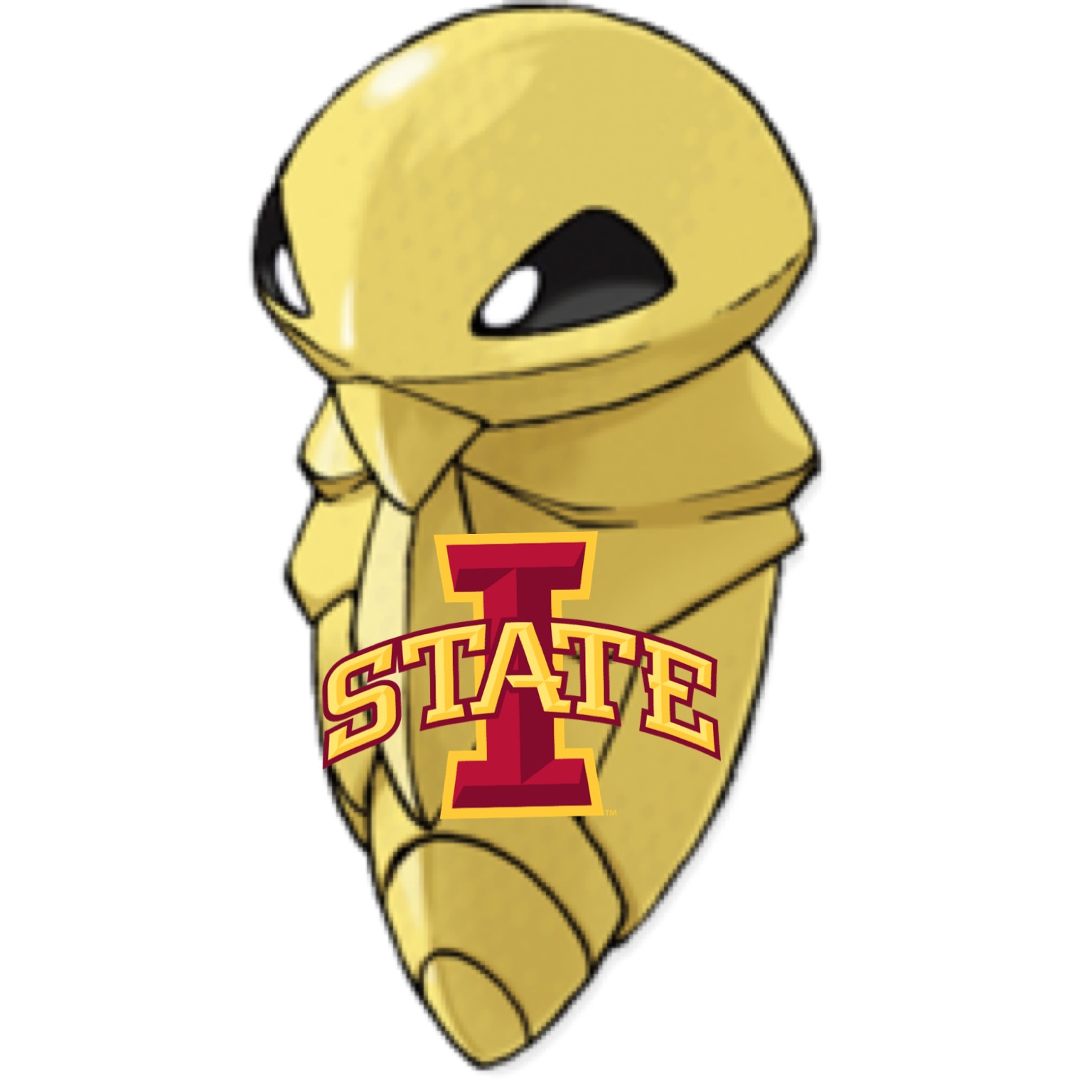 I don't know what it is about Ames but they have some of the most resilient staff I have ever seen. Our Iowan brethren know what it's like to have high expectations then have some drastic turn of chance that sees them fall short. I'm pretty sure they have their own Squinky.

But Rhodes has been their man, and the fans and players have his back. Good ol' Paul is like a high level Kakuna. He's tough, takes a beating and keeps pushing on. Someday, he will evolve into Beedrill. That day will come soon, but how soon is hard to tell. But when that day does come, he'll be SO PROUD. 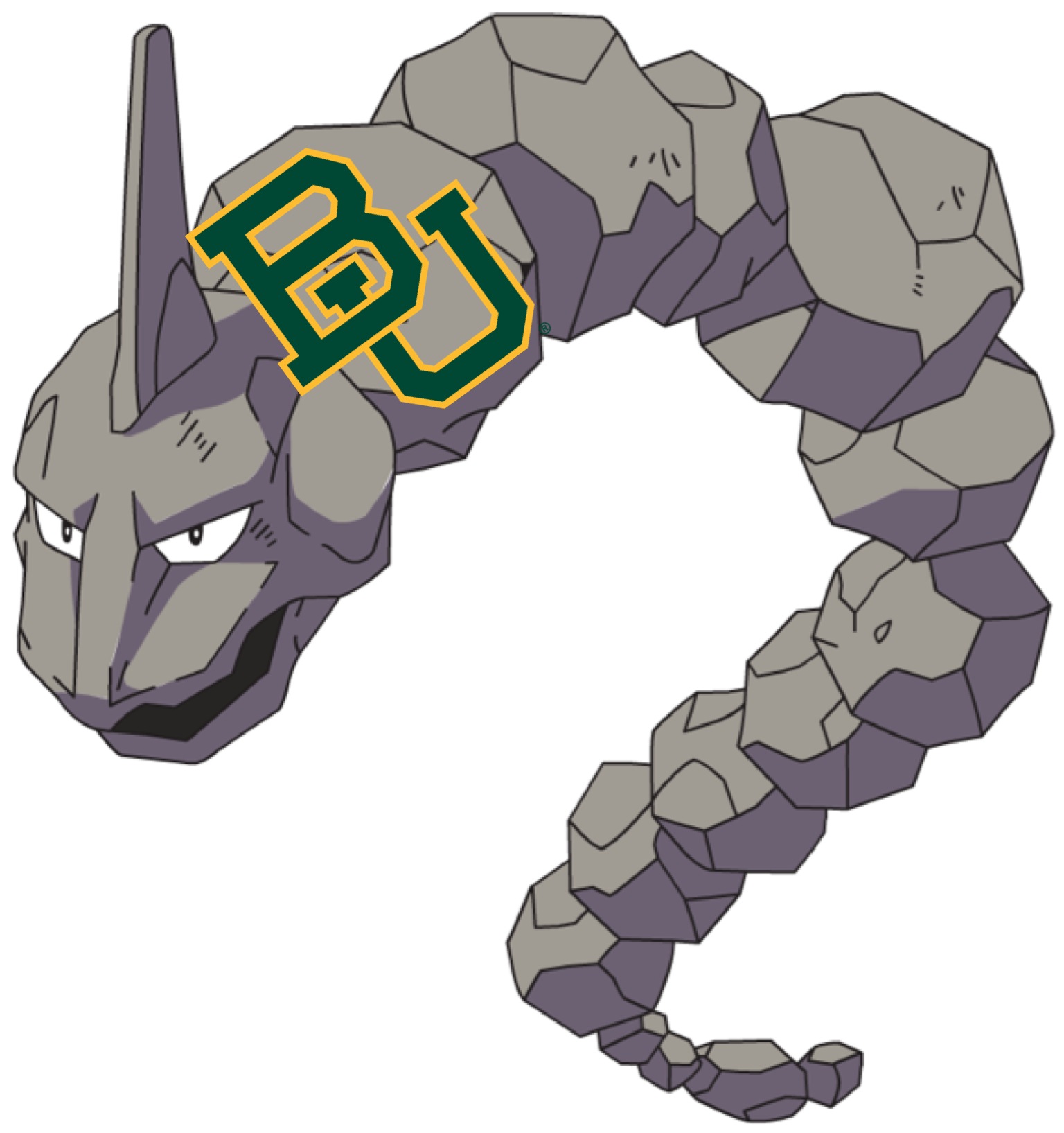 I have to confess, Briles is one of my favorite Big 12 coaches. The man is tough as nails, respectful to those around him, and has turned his program into an emerging football powerhouse.

Just like the mighty Onyx, Briles doesn't back down from a fight. He's gentle if need be, but one wrong move and your team will find itself pummeled into the dirt. 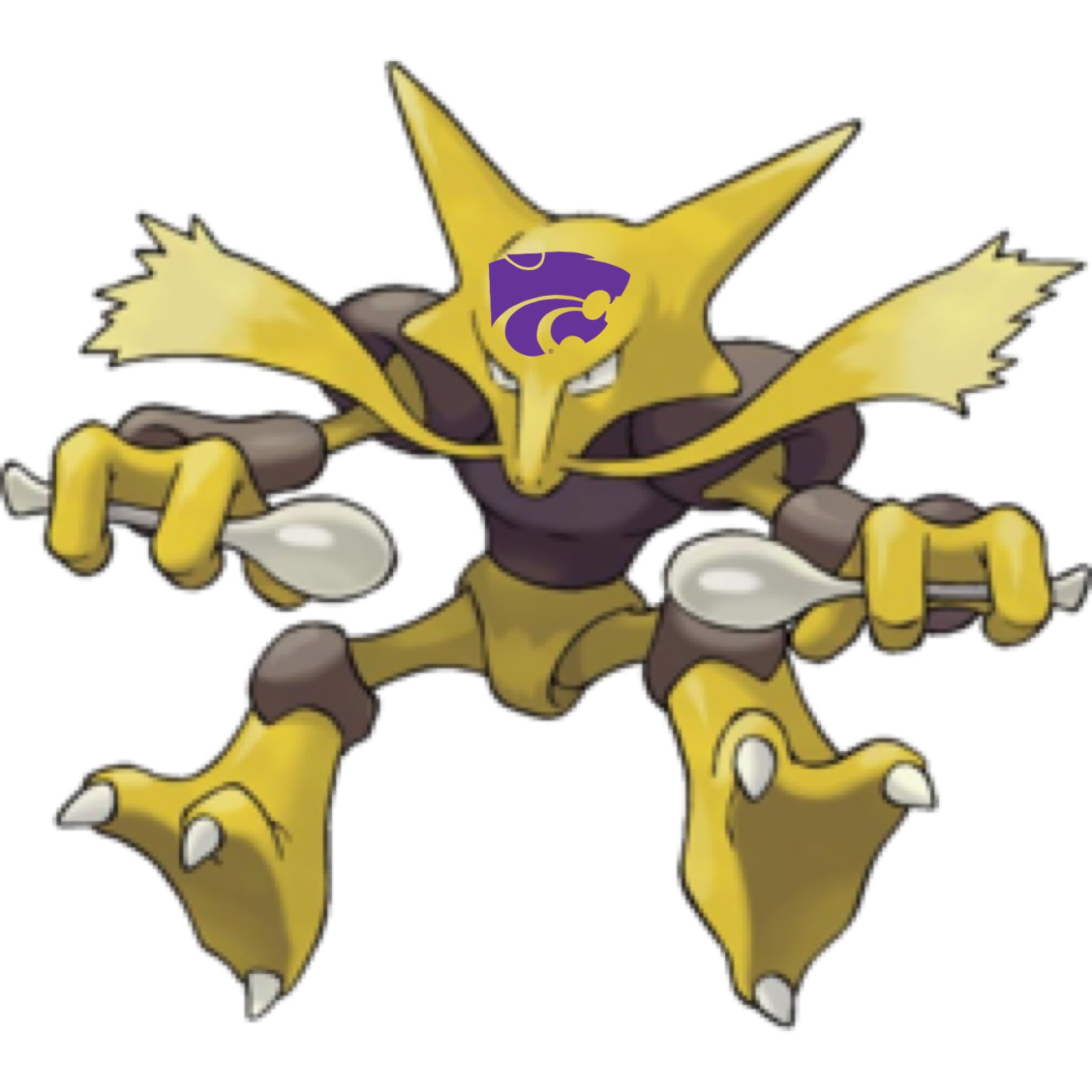 Old, wise and able to find some mysterious,  magical way of tearing through teams, there is only one Pokemon that would be fitting for The Wizard, and that's Alakazam. I don't think any further explanation is needed. 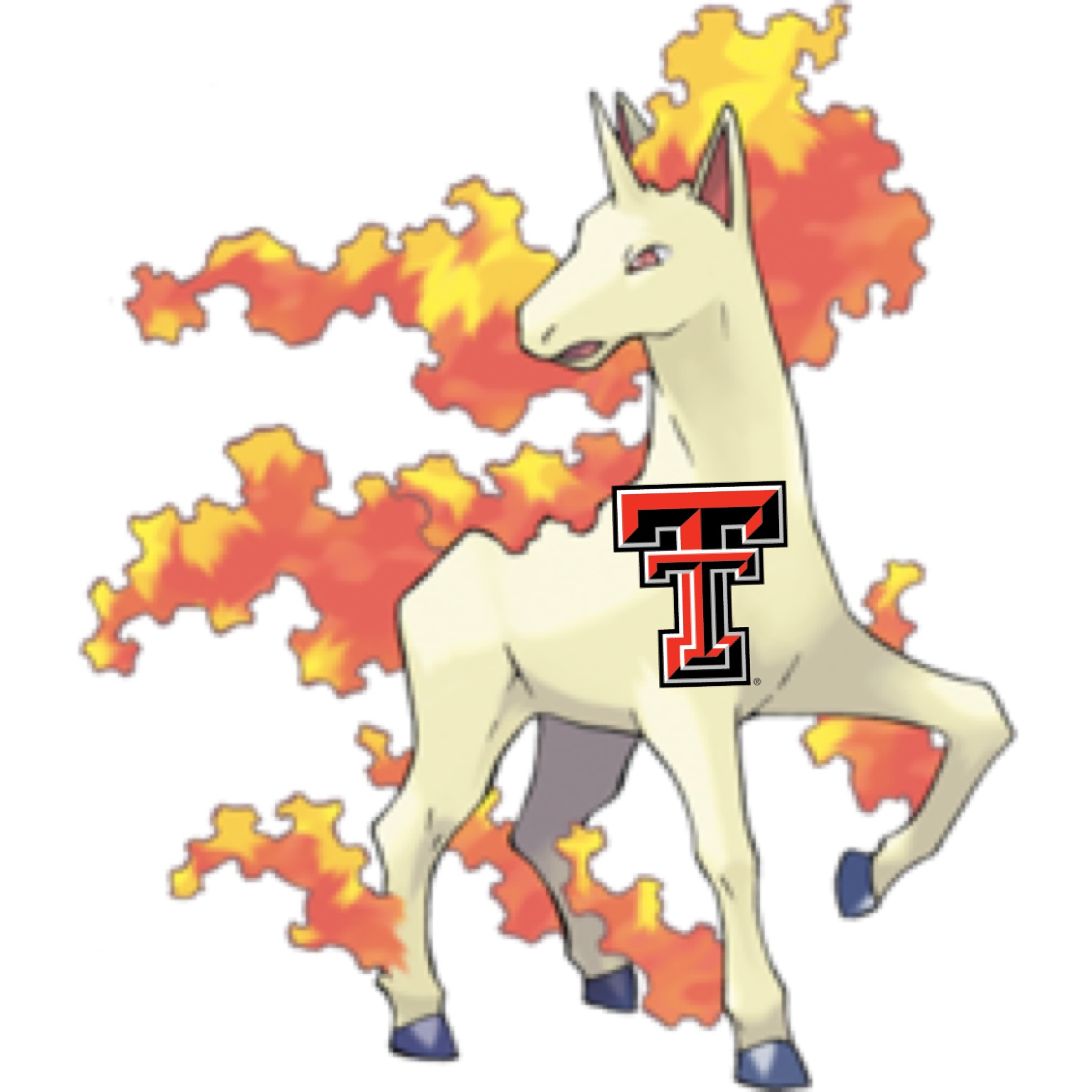 Majestic, yet fierce, Kingsbury is a sure-fire (no pun intended) Rapidash. The ladies love Kliff, and ladies love ponies. Wait, what's that? Oh no, the field is on fire! Make it stop! He's feasting on tortillas and torching the field! No, stop ladies! It's a trap! 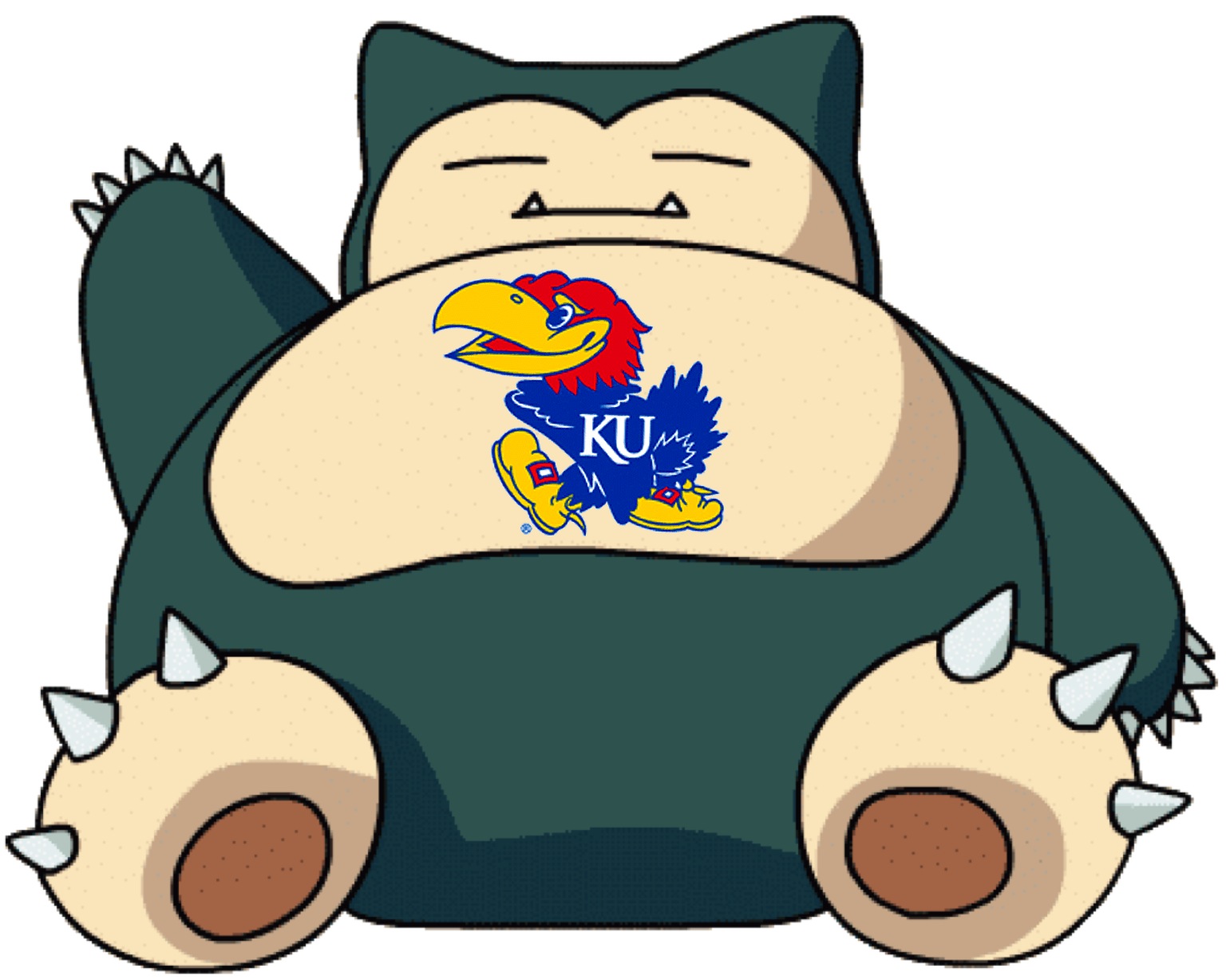 Snorlax. Charlie is Snorlax. Don't act like you didn't see this coming. 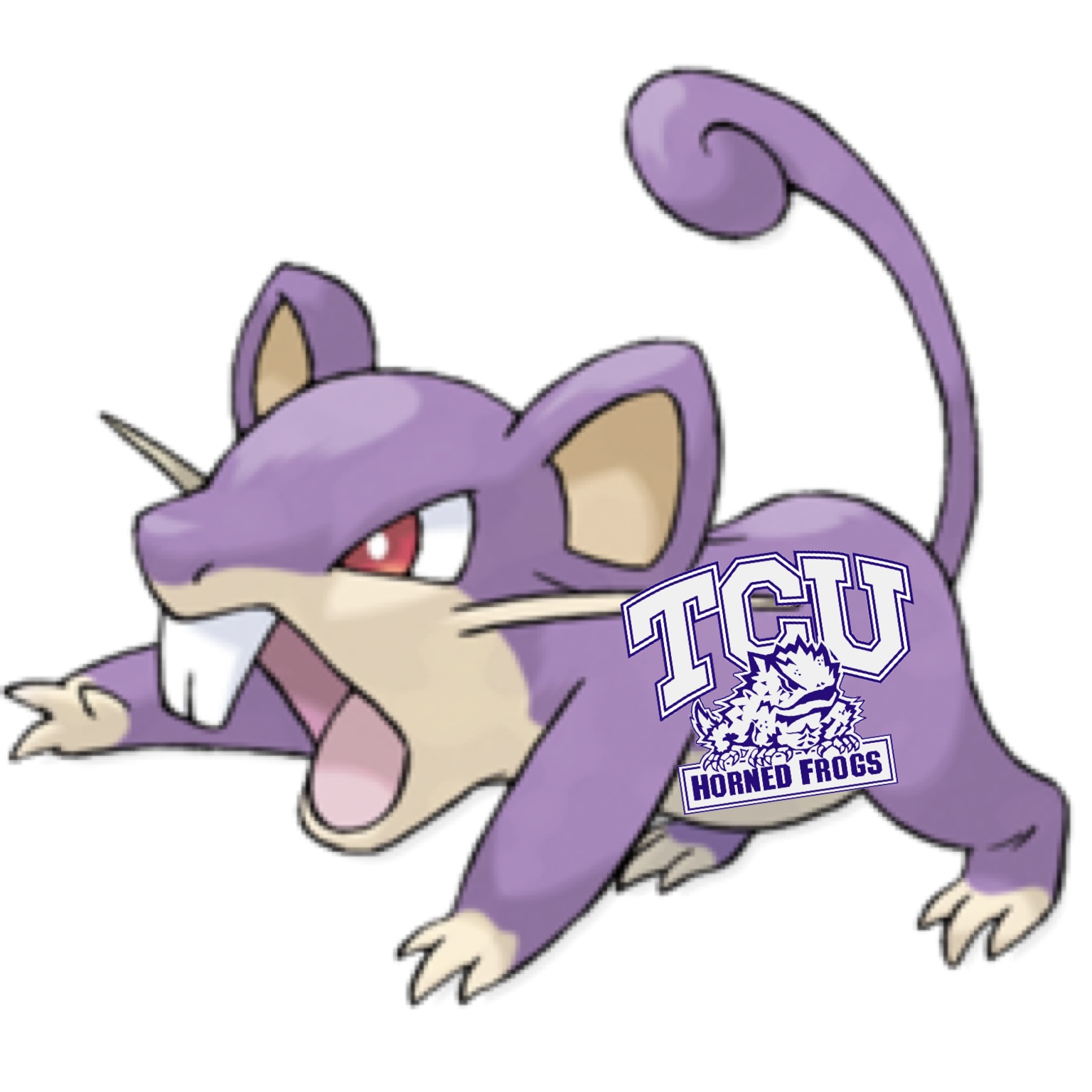 Purple. Rage. Yet not always dangerous, Patterson is the epitome of Rattata. The fierce mouse is a hard competitor,  and can lose his temper a time or two. While the battle isn't always won, Patterson, like Rattata, knows he still has some training to do if he wants to win the tournament, er, football game. 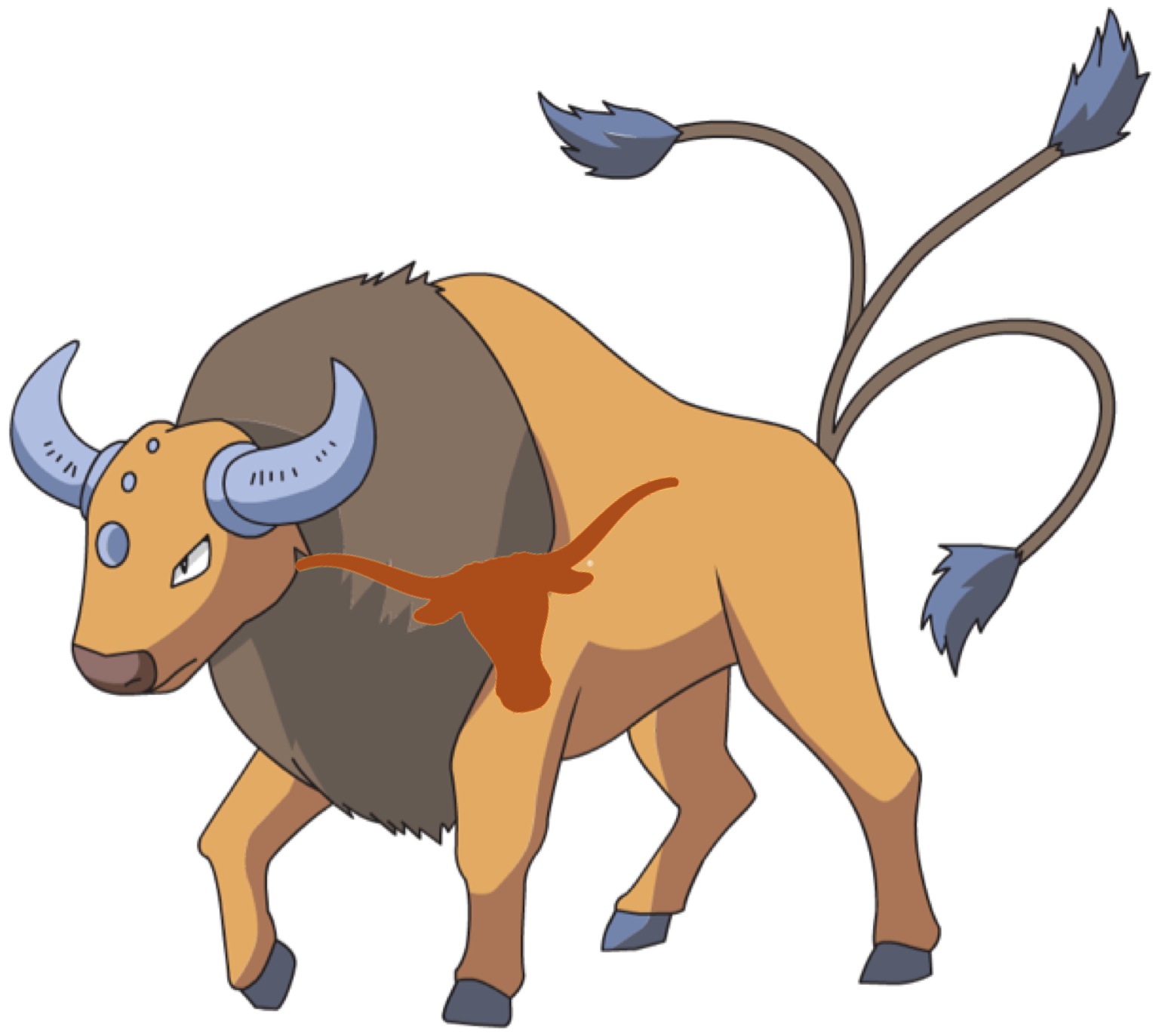 Strong is the newcomer in the Big 12, but his resume is proof that he's no pushover.  Sure, he's gentle now, but once he starts charging, Texas may see a reemergence.

All that coupled with the mascot of Austin, Strong would most definitely be Tauros. It should take a few years, but we may very well see the Texas bulls on parade under the leadership of Strong. 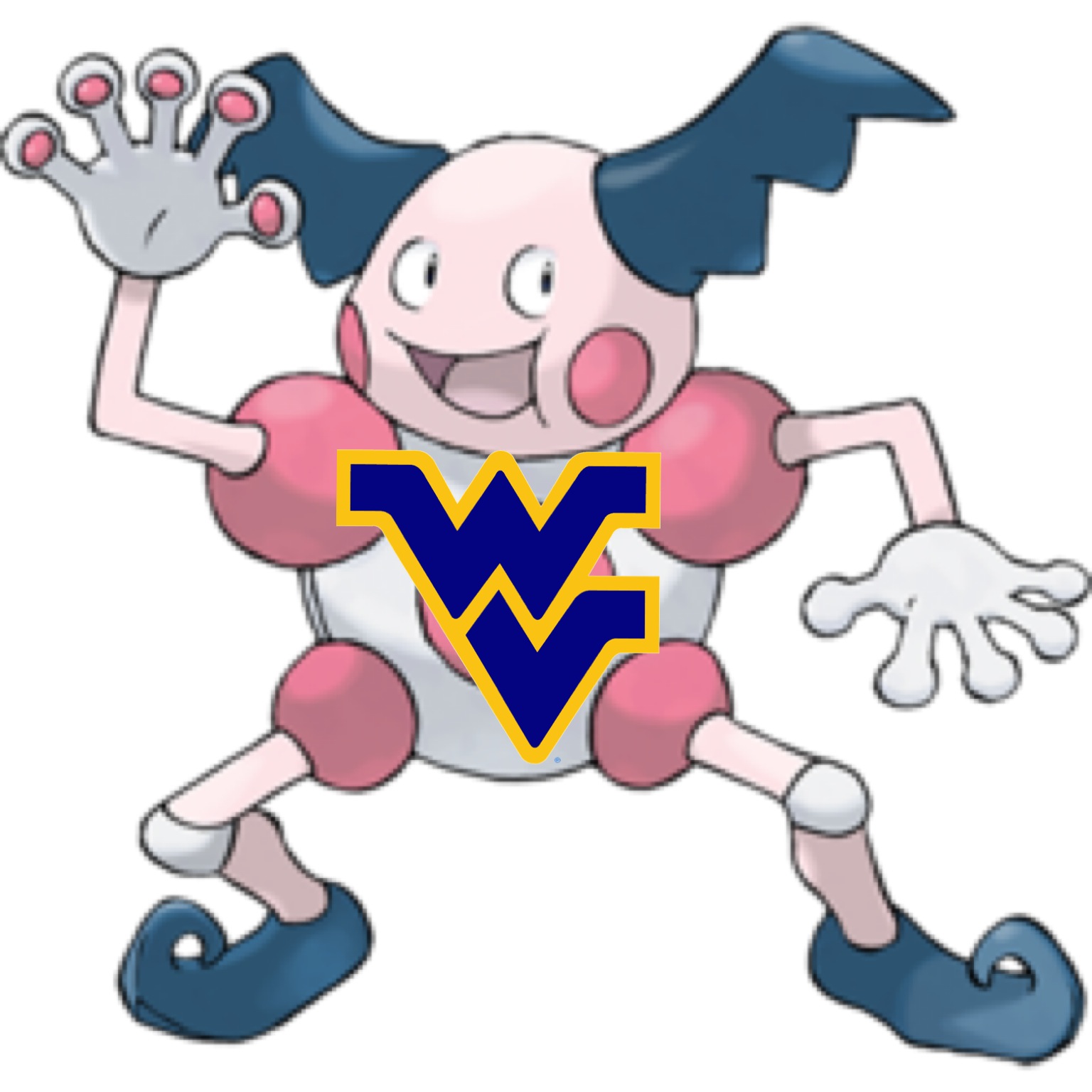 And finally, we come to Dana. How I long for the days of flea flickers and Red Bulls. Alas, Holgy is now the head man in Morgantown, and what a hot mess that has been! Dana is the Mr. Mime of college football, and how could he not be? The hair, the eccentricity,  the look of confusion followed by rage.

This is Dana, who he is. And we all still love him for it.