Oklahoma State To Play In The MGM Grand Main Event

The Hoops season will be upon us sooner that we realize. ESPN announced yesterday that Oklahoma State will play in the MGM Grand Main Event where they'll face Oregon State in the opener. This will be an interesting season for both squads to say the least.

Share All sharing options for: Oklahoma State To Play In The MGM Grand Main Event

ESPN announced the fields for a few of their early season basketball tournaments. The Cowboys were selected to play in the MGM Grand Main Event on November 24th.

The Tournament features two brackets. A Heavyweight and a Middleweight division. They are completely unrelated brackets, almost as if it were two separate tournaments.

Oklahoma State is slotted into the heavyweights bracket where they are scheduled to play the Oregon State Beavers in the opening round. It isn't the most prestigious of the holiday season tournaments, but it poses some interesting story lines.

The Cowboys will be familiar with the venue since they played Colorado in the MGM Grand Showcase a season ago. This time the Cowboys are making the trip to the desert without their top two scorers, Marcus Smart and Markel Brown. The Pokes also lost Kamari Murphy, Gary Gaskins, and Brian Williams to transfers over the off season.

"[Newberry] has been extremely impressive in our workouts so far," Travis Ford said via the Oklahoman. "He’s somebody who can play multiple positions. He can play with Phil Forte, with Anthony, with [Le’Bryan Nash]. He has some experience. We’ve been very impressed with him so far, and we’re really excited about him."

The Pokes also recently announced that Anthony Hickey, a LSU transfer, has officially joined the team and will be eligible to play immediately.

"Anthony brings us great experience and a lot of versatility at the guard position," Travis Ford said in statement. "He will bring great energy on the court and is a fierce competitor."

Oregon State on the other hand loses standout guard, Hallice Cook, to Iowa State, and continues to struggle as a program.

How will both teams rebound for the 2014 season? You'll have to go online to ESPN3 to watch the game.

Immediately following OSU vs OSU (I had to do it), Bruce Pearl and a growing Auburn team will face Tulsa on ESPNU.

The winner of Auburn and Tulsa will play the winner of the Cowboys and the Beavers, and the losers will play in a consolation game.

The championship game will take place at 6:30 pm on November 26th, and will be televised on ESPN 2. The consolation game will be played at 4:00 pm on the same day and will be streamed live on ESPN 3. 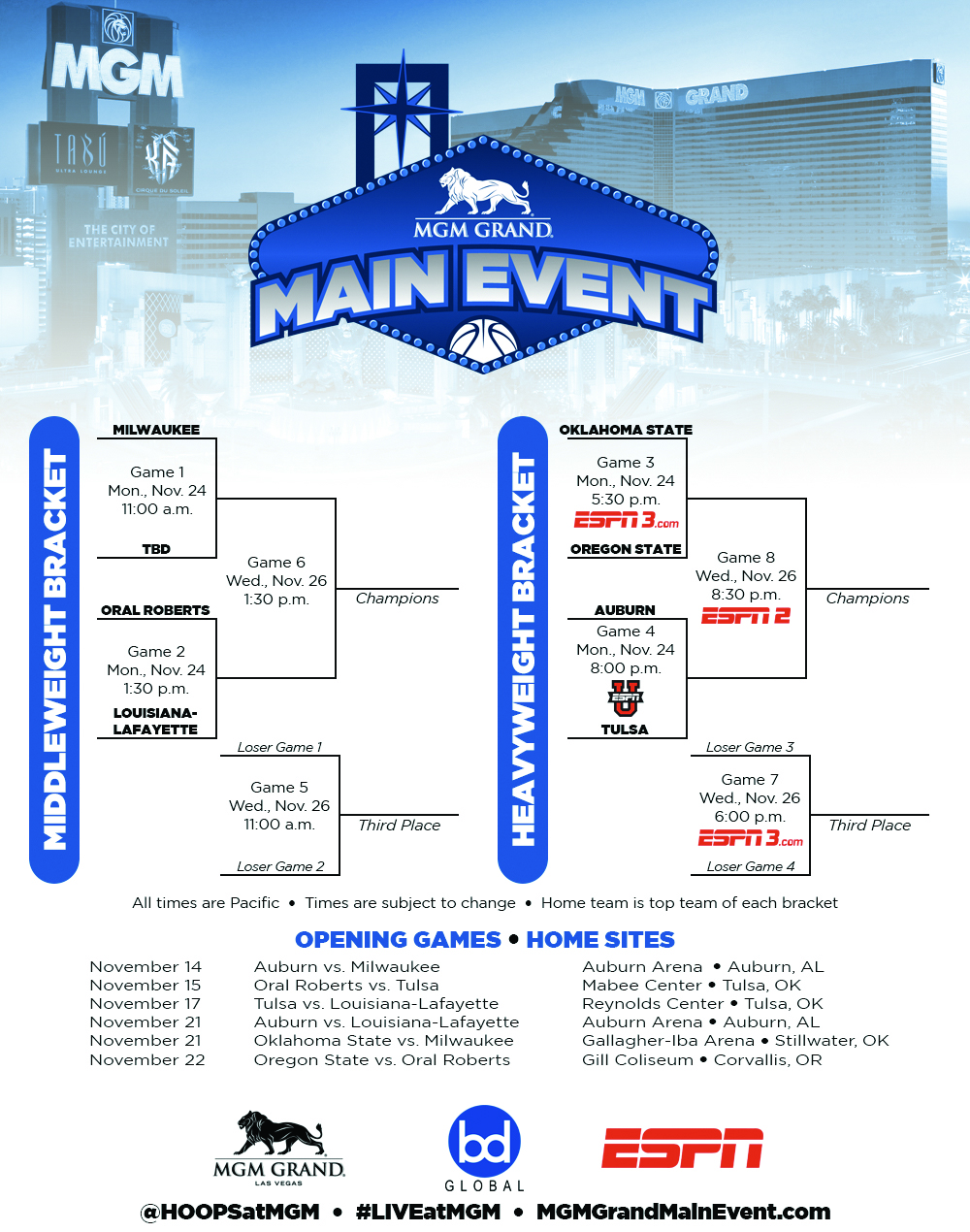