Time for this week's edition of #CRFFWhatWeLearned. We'll highlight the best tweets about what we learned from the Oklahoma State vs UTSA game, and the rest of the Big 12 this week.

Share All sharing options for: #CRFFWhatWeLearned: Oklahoma State vs UTSA

After Oklahoma State made light work of a team most thought would pose a pretty big challenge, everyone is wondering what's wrong with the Cowboys offense? Wait, what? I don't understand how it happened either, but somehow it did. In a game where the Pokes more than took care of business, they seemingly left the game with more questions than were answered, and that seems to be the power of Yurcich.

Most of the #CRFFWhatWeLearned tweets were directed at the OC's play calling, or lack thereof. Hopefully this was just a case of the Pokes not needing to show too much on film.

Here's what we learned from the game.

#CRFFWhatWeLearned watching the OSU game in a Buffalo Wild Wings full of OU fans is not a fun experience.

But, In a whole new way now.

#CRFFWhatWeLearned Even with a guy with a big arm, our offense is still mediocre. #okstate

#CRFFWhatWeLearned Yurcich might need to switch to Duplo Legos. My one year old could call plays better than tonight.

Just every other play has been.

Coach DudeBro is the Travis Ford of football.

#CRFFWhatWeLearned as long as we play better than Arkansas, tech should be a win

Quick everyone shout out all the plays you know that aren't runs up the middle, four verticals, bubble screens or jet sweeps.

#CRFFWhatWeLearned Daxx must reads a lot of CRFF. He heard our call for a vertical passing game.

The Pokes should be stacked next year. Just have to keep the confidence in tact.

#CRFFWhatWeLearned Next year will be beautiful. If we can block for Tyreek, and the the D gets even better. And someone can pass deep.

If he's making fun of it, we can too right? 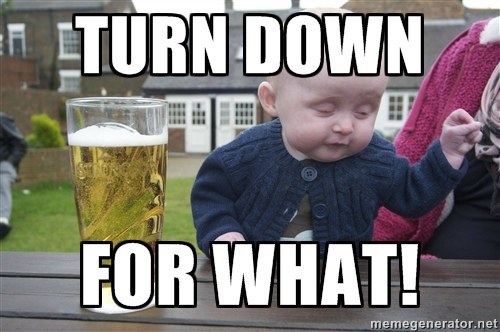 #CRFFWhatWeLearned: Daxx plays football the way I play NCAA on Xbox -- four verticals or run it up the middle.

If you want to know the uni combo ahead of time, just ask @PCPokefan. He's 2 of 3 this far. #CRFFWhatWeLearned

#CRFFWhatWeLearned I was 15 rows up and was closer to the endzone than Tyreek.

#CRFFWhatWeLearned It takes something special to botch a coin flip. #Texas puking down their leg before the game even starts.