UNIFORM RUMORS FOR EVERYONE!!!

OSU has teased the living daylights out of us with all this "Throwback Thursday" crap. Even if not a throwback, something new better show up for the tangle with Taco Tech.

Share All sharing options for: UNIFORM RUMORS FOR EVERYONE!!!

News about uniforms prior to a game is about as common as injury information after the game. We'd probably have better luck finding out why Tyreek Hill has yet to score a TD.

But with all the tweeting about giveaways for "Throwback Thursday" in honor of OSU's Thursday night contest with the Red Rashers, fans have become obsessed with what the Cowboys might wear during the nationally televised game.

As for CRFF info, we've heard a couple different things...

"There will be a special helmet for Tech or Iowa State."

"Being tipped off about a piece of tomorrow's unis, but haven't heard much else."

"I know we are wearing something different they wouldn't tell me what but it's gonna be cool I promise."

A chrome version of the helmet came up in conversation, but the tweet below is the only mention of it we've seen.

Here's some of what came out...courtesy of Chris Knox over at Pistols Firing. Grad Assistant Eric Henderson tweaked our collective interest with a tweet of a 1980-ish design....

#ThrowBackThursday what surprise uniform will we wear! Tune in on Espn 6:30 CST pic.twitter.com/hgYuZ06Ki0

You can see more of Chris Knox's handywork here. It's good stuff.

What I find interesting is Coach Henderson's Twitter page....

Wouldn't it be neat if these showed up...well, maybe not.... 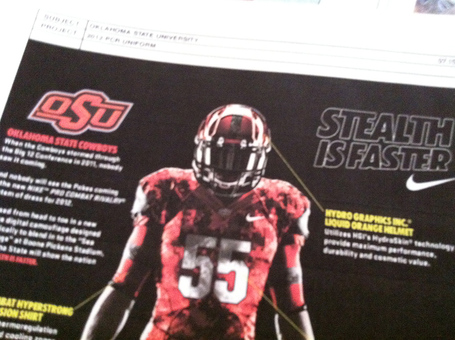 But then somebody tried to take all the air out of our balloon...

Not to bust anyone's bubble...but there will be no throwback uni tomorrow...maybe a throw forward....come pack BPS and find out #eqmanager

So now we can all think about what OSU might wear, and it starts with the helmet... 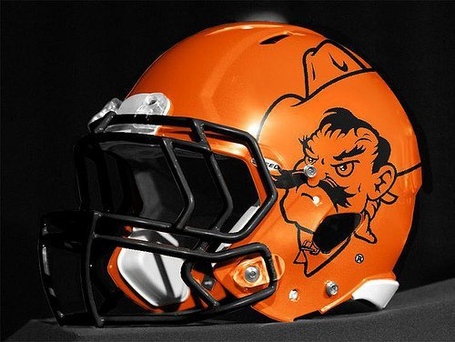 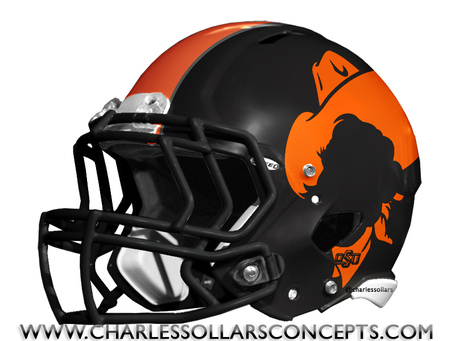 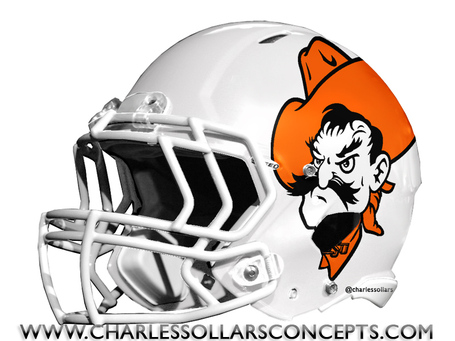 Based on our own discussions, I think some version of a new Pistol Pete helmet might emerge. Chris Ross is keen on the orange version seen above. The key is how you accessorize the helmet. If one of the 3 shown above came out, what uni combo would you want to see with it?

It's really disappointing if they don't pull out some throwback stuff. Would love the 1980 nod from above, or something from 1988. An old "OSU" helmet from the 70's would have been cool.

So what do you think folks? Are you jonesing for some new OSU threads, or do you only care about  #WreckTacoTech?