Back to back winning weeks so go ahead and jump on the train. We’re about to make even more money this week. Last week we went 4-3-1 improving our record on the season to 13-8-3, and 17-7 straight up. Here are my picks for week six. 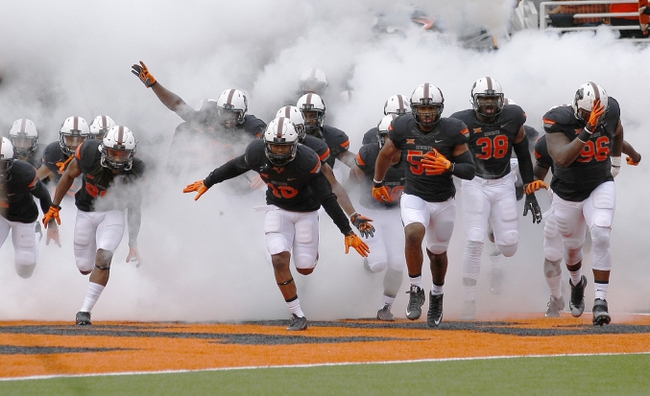 The Cowboys are 4-2 against the spread the last six times that they’ve been an underdog by six or more points. Not to mention West Virginia struggles against the spread at home going 7-13 ATS under Dana Holgorsen.These are two of the best defenses in the Big 12 and the spread is over six? There’s simply too much value here with Oklahoma State. I get it that Morgantown is no easy place to play. West Virginia just lost its best player on defense in Karl Joseph. Baker Mayfield threw for over 300 yards on 14 completions last week for Oklahoma. This Mountaineers defense can give up lots of big plays. If the coaching staff lets Mason Rudolph air it out, WVU could be in trouble. Give me Rudolph over Skyler Howard everyday. I’m expecting another close game with the Pokes escaping in their toughest game yet. Grogan for the win? I say yes.

I’m either going to look really good or really bad with this one. Rivalry games. Give me the points, all 17 of them. Remember when Oklahoma State was a 21-point dog in Bedlam last season and won? Rivalry games are always closer than expected. Yes you probably think I’m crazy right now. But in the Red River Rivalry the Longhorns are 5-2 when they’re unranked and Oklahoma is ranked. Oklahoma wins but not by 17.

Northwestern rolled last week shutting out Minnesota 27-0. They also have the nations fifth best total defense. This will be a typical, low scoring, physical B1G game. Seven points is way too many.

Do we know who’s playing at quarterback for Kansas State this week? Give me one of the best offenses against a defense that gave up over 400 yards passing last week. K-State will keep at close at half but TCU will be too much, and will eventually pull away. I love Bill Snyder but this TCU team is too talented.

Arkansas has re-discovered its identity as a physical running team. Alabama struggled with this same Razorback team last year winning 14-13 on the road. I also get the biggest offensive line in the country and an Arkansas team that ranks third in the country in time of possession. To cover a 17-point spread against a team who knows how to control the clock will be difficult. The safe bet is on Arkansas.

Yes Utah is number five. I’m not sold either. Cal has arguably the best quarterback in the nation in Jared Goff. This offense is very capable of hanging a big number on Utah. Take advantage of the extra half point. Utah might win by a touchdown but you still win your bet by taking Cal.

All ways take the home team in these games. Both of these teams are down this season, but I refuse to believe that Nebraska is as bad as they have played this year. I hate and love this pick at the same time. It’s risky but so is betting on sports.