Thanksgiving day is all about family, food and of course football. It’s a time to relax and forget about everything for a few days while reminiscing on old times with family. So sit back and stuff your face with turkey and stuffing while I attempt to stuff your wallet. Here are my picks for Thanksgiving Day and the weekend. Enjoy, and Happy Thanksgiving.

For those of you who don’t know me, I’m a huge Cowboys fan. So go ahead and call me a homer, but I like the Cowboys here. Currently 85 percent of bets are being placed on the Panthers. When big public money goes one way, run the other way. This is the first time in NFL history that a 10-0 team is an underdog to a team with a losing record. Weird right? Vegas knows something, and the Panthers are bound to lose a game at some point. So why not on Thanksgiving to America’s team. What Thanksgiving tradition is better than watching the Dallas Cowboys play on Thanksgiving? Give me the Cowboys in an upset.

This is a win-win situation for me. The Eagles win and cover the spread or lose to the Lions and make my Thanksgiving that much better. So why not, give me Philly. I simply can’t place a dime on the Lions and feel confident about it. The Lions are 1-10 ATS in their last 11 games after back-to-back wins. I’m not confident in either of these teams but the Eagles are fighting for their playoff life, while the Lions are all but eliminated. Ugh roll with the Eagles. 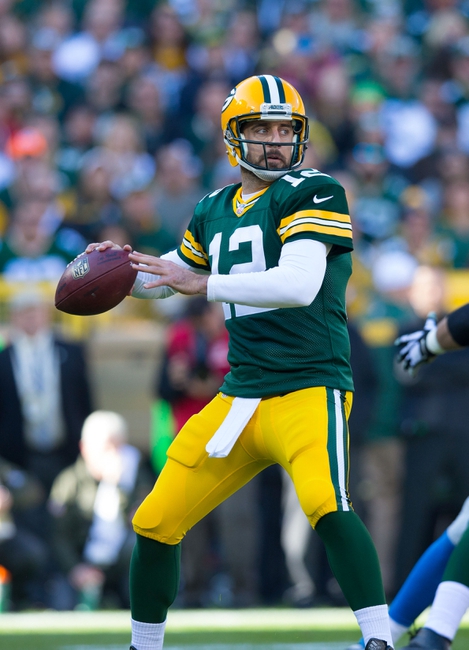 Over the years Aaron Rodgers has made Jay Cutler his you know what. Since 2009, the Bears have beaten the Packers a whopping two times. And the last time the two rivals met at Lambeau Field the Packers won 55-14. I’ll take Aaron Rodgers over Jay Cutler in a heartbeat. Eddie Lacy also re-emerged from his cave last week running for 100 yards and now gets a great matchup against the 25th ranked run defense. Too many signs point to a blowout here. Go Pack Go.

This game right now means more for Texas Tech than it does Texas. This year is already a giant loss for the Longhorns. This is a statement game for the Red Raiders while the Longhorns are already looking to 2016. Give me the team with more to play for. This is a big opportunity for Kliff Kingsbury to make a statement in state against a big rival. I’ll take Tech to escape Austin with a close victory. Just a friendly reminder that Texas was shutout by Iowa State.

And for your Thanksgiving leftovers...

I’m getting 35 points in a rivalry game. You’re crazy to not take the points here. Yes Oregon State has won two games but they’ve played competitive games against Utah and against Michigan in Ann Arbor for a half. I don’t need to say more. Thirty-five points in the Civil War is good enough for me. 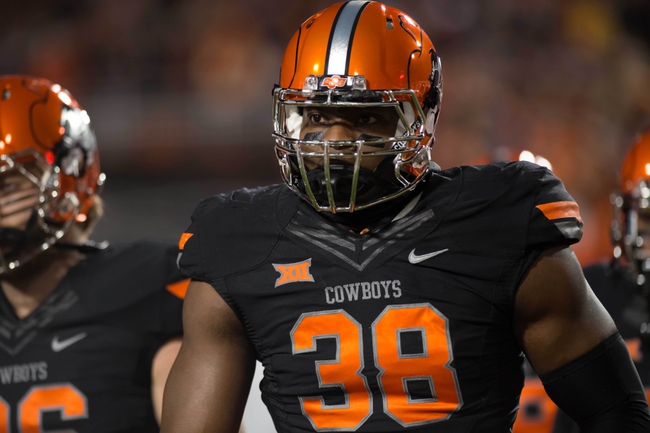 Oh Bedlam. It never fails to deliver. I’m flipping a coin here. In the last three matchups, Bedlam has been decided by an average of five points. That’s the only reason I’ll take OSU here. You can bank on underdogs against the spread in rivalry week and that’s what I’m planning on doing. Lets not forget that OSU won straight up last year as a 21-point dog. I’ll gamble on the close game. OU finds a way to survive in Stillwater and advance to the College Football Playoff.

This is where it finally ends for the Hawkeyes. This game screams upset. Nebraska is getting hot at the right time, and will be motivated playing for bowl eligibility. I’ve been calling this upset for over a month now so why not. Lincoln is one of the toughest places to play in the country, heck ask Michigan State. I think the Huskers are capable of another big upset here. I also have family in from Nebraska for Thanksgiving so I don’t want to disappoint them. 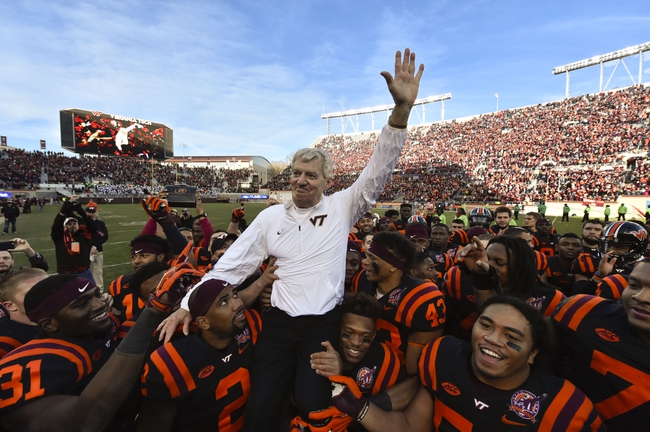 This pick is simply for the legend Frank Beamer. Come on Hokies lets send the coach that has single handedly transformed the history of Virginia Tech football. With a win the Hokies become bowl eligible and Beamer gets to coach one more game. You better not need any more motivation than that. With a special story brewing, I’ll take Frank Beamer and the Hokies.