The Wildcards having won their seeds, the competition now increases to an entirely new level.

Welcome back, Cowboy fans, to the All-Time Oklahoma State Team Tournament!  Last week, we introduced our committee's selection of the 11 best OSU basketball teams, separated them into two divisions and started them on a collision course to greatness. Now, only eight remain. Before we get into this week's matchups, let's catch up on the action.

On this side of the bracket, we pitted some old school looks against the new school flavor.  The 2000 squad met up with the 1983 Pokes in a battle for the 4-seed. What was a fast start for the older generation soon turned to disaster,  as Doug Gottlieb and Desmond Mason took over the game, sealing a 17-point victory for the team of the new millennium.

In the very first game of the tournament,  the 2005 team met up with the most recent team of 2013. This matchup saw the Graham boys and I-Mac face off against Michael Cobbins and Marcus Smart. But the boys from '05 proved to be too much as a frontcourt barrage destroyed the likes of Travis Ford's talented team.

Next up was a battle of the Ibas. The 1949 National Runner-up faced off against the formidable group from 1965. The induction of modern rules to the tournament rattled both teams as they attempted to adjust to what they probably felt was utter tyranny.  But alas, once the flow of the game was established,  the talent started to prevail. After what seemed like a dream sequence,  1949 OAMC Aggies took home the seeding rights. 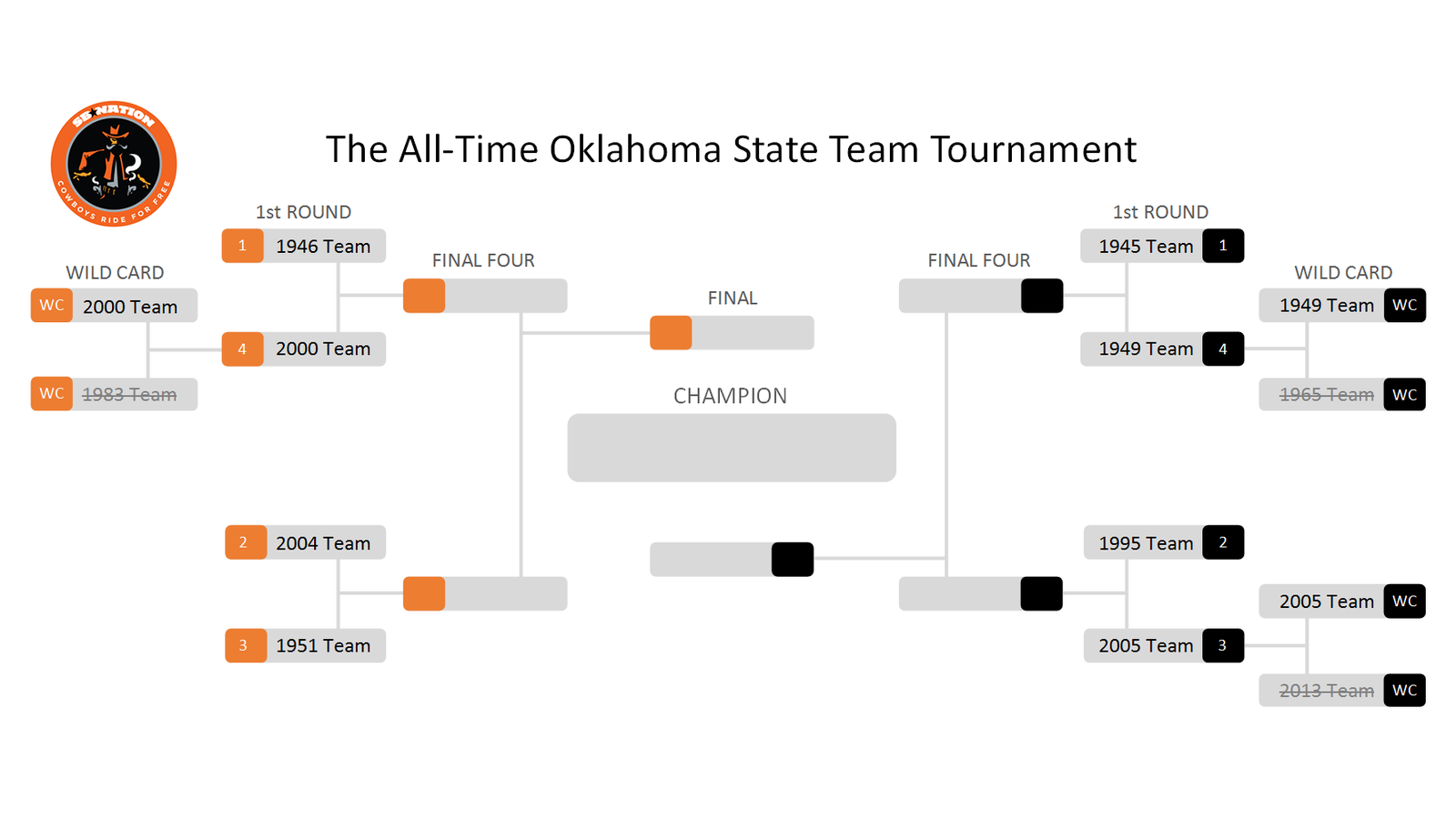 Now, let's check out what's on the slate for this week.

There you have it, folks. A new, exciting week of tournament action lies ahead. The first game will be announced tomorrow,  so don't forget to check right here with CRFF and vote for your team! As the Battle of All-Time continues, who do you think will make the Final Four?