Share All sharing options for: Oklahoma State's Mike Yurcich Projected to Have a Good Upcoming Season

The past couple of years has pretty much been somewhat of a let down concerning Oklahoma State's offense. Not to say they've been performing horribly, but they certainly have not kept up with standards set in 2011 after wining their first conference title since 1948. Ranking at seventh in a conference of 10 just last year, Oklahoma State has caught much criticism as far as offense goes. This year, however, is starting to look different for offensive coordinator, Mike Yurcich. 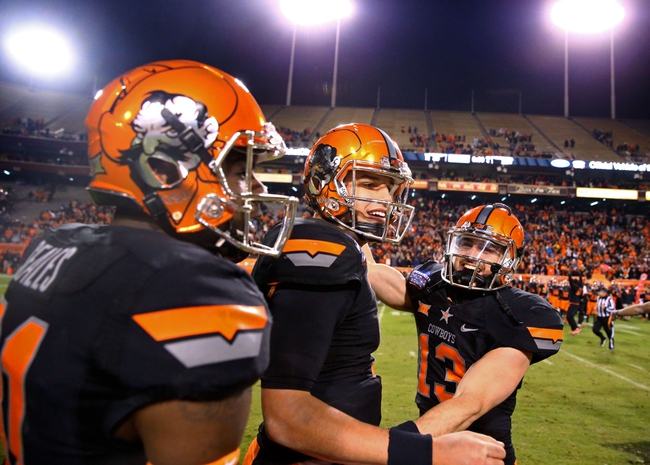 Let's start with the most important position on the field, quarterback. Mason Rudolph, soon to be sophomore from Rock Hill, South Carolina, stands at a sturdy 6'4" and 217 lbs. He began his college career at OSU last year with an injury and played back-up to Daxx Garman. Garman was injured later on in the season and Rudolph debuted against Baylor completing 13 of 25 passes for 281 yards. He finished his freshman career going 49 for 86 with 4 interceptions and 6 touchdowns. Yurcich has justified faith in such a promising QB starting next season. 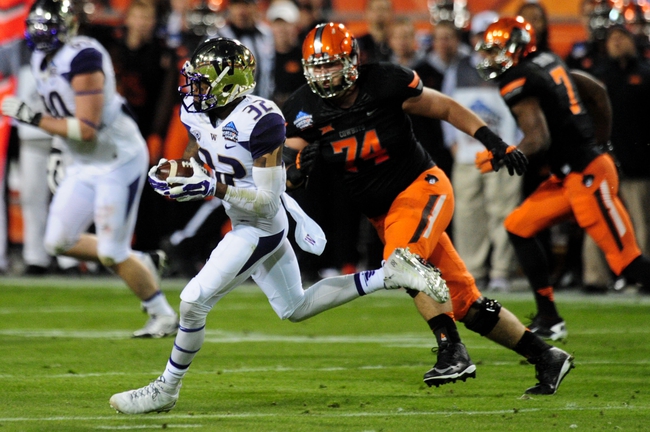 Another key component to OSU's offensive success next season is the offensive line. Last year, OSU's offensive line put on quite a depressing show letting up 40 sacks all season. This time around proves hopeful considering the experience every potential starter would have. 6'6", 330 lbs. junior, Victor Salako, has yet to start for OSU but will be potentially starting at left tackle. Michael Wilson, 6'6", 305 lbs. junior, will be starting at left guard with 8 career starts under his belt. Starting only 1 other game, Brad Lundblade, a 6'3", 300 lbs. sophomore, will be at center. Jesse Robinson, a 6'6", 310 lbs. sophomore from Hurst, Texas, will be starting at right guard. And finally, Zach Crabtree, 6'7", 305 lbs. sophomore with 8 career starts, will be at right tackle. It's safe to say that Yurcich has a solid group of experienced big guys blocking for Rudolph once the season kicks off. 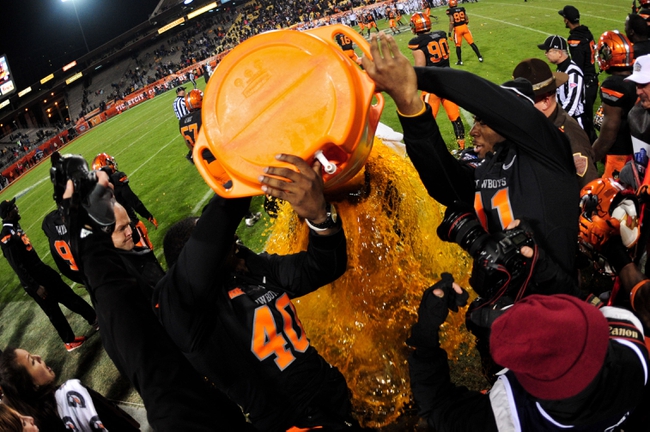 Tulsa World's Sports Columnist, John E. Hoover, expressed his belief in the potential prowess of OSU's offense in the upcoming season. "Now armed with talented and experienced players," Hoover wrote, "the OSU offense under Yurcich needs to produce statistics, all-conference honors and victories like it did when [Dana] Holgorsen and [Todd] Monken were calling plays." Let's see if Coach Mike Yurcich can deliver in his third year with the Cowboys.