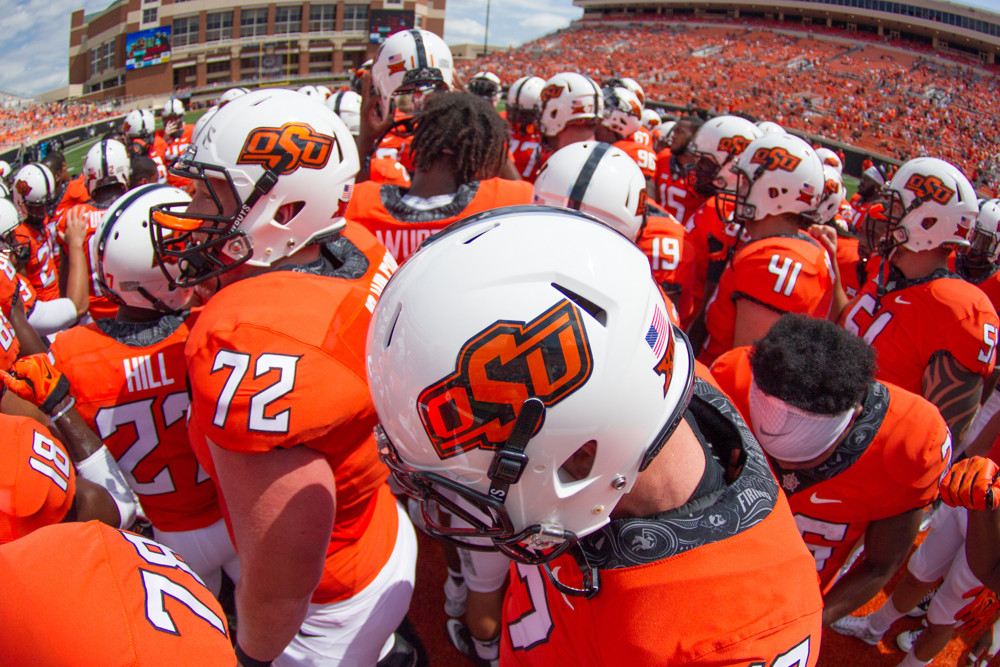 My favorite look so far (tied with homecoming)

Penny for your thoughts?

I am very interested in what other Cowboys fans think regarding uniforms. OSU has been one of the most notable when it comes to uniform combinations, being dubbed the "Oregon of the Midwest" in the past. This is a very useful tool when it comes to recruiting, and fans and players seem to love them.

However, I'm starting to believe that less is more. Don't get me wrong, I absolutely love the new uniforms this year. I think Nike did an amazing job with the design, especially the bandanna neckline and all of the little details. They have looked absolutely fantastic at times, for example for homecoming against West Virginia. But man, some of the combinations and helmets are just plain bad.

OSU's uniforms can look outstanding when done right, but week after week I find myself asking why I'm not in charge of the uniforms (it's because I have zero experience). But what I do have are eyeballs, and OSU is missing where it should be hitting home runs.

Take the uniform worn against Kansas State for example. Orange chrome/over-sized Pete-White-Black. This came off almost as if they got dressed in the dark and just went with it. Why do we have to keep using this terribly ugly helmet?? It was cute the first time they wore them against Tech last year (I believe), but their charm quickly wore off, yet they keep wearing them. This combination would have been perfect with the matte-black helmet or the white OSU-brand helmet, or even the new Sheriff Badge logo. But those orange chrome monstrosities keep rearing their ugly head. They take away from all of the great detail in the jerseys, they had no tie-in to the black/white color scheme and ended up just causing sensory overload.

The new lids debuted against Tech this year weren't awful, but they could have been great. Why the ugly orange face mask? Why not chrome or black? Why do we have to come so close just to end up looking like we tried too hard?

If great uniforms can aid in recruiting, can bad uniform combos hurt? Suiting up in uniform vomit doesn't look good on TV when I watch, so what do future players think?

I think all it would take is scaling back just a tad. Stop using the gimmicky over-sized Pistol Pete on helmets, it's bad. Not quite Maryland flag helmet bad, but bad. Stop doing tri-color (except when it works). I'm almost to the point of thinking we have too many helmets, and for some reason we stopped using the good ones. Where's the white OSU-brand with the black stripe? Where's the reverse colored OSU-brand white helmet?

I'm not suggesting to get boring and wear the same threads every game, but let's get a base down and work from there. Maybe come up with a few of their best looks and then throw in something different every now and then?

Maybe I'm all alone here, but I would rather look sharp than gimmicky. What do you guys think?

How do you feel about OSU's uniforms?