Many OSU basketball fans are fed up with coach Travis Ford. But quite frankly I don't think he's going anywhere. Here's why: 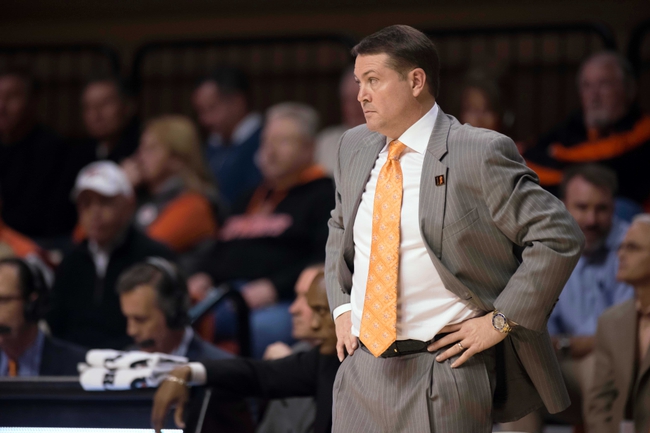 Back in 2008 Travis Ford got his only NCAA tournament win at Oklahoma State over Tennessee, and Mike Holder rewarded him with a hefty contract extension, which planned to have Ford in Stillwater through 2019. Fast-forward to 2016 and many OSU fans want Ford gone. But it’s not that simple.

Let this sink in. According to USA Today Sports, Travis Ford is making more money than North Carolina’s Roy Williams, who’s won more NCAA Championships (2) than Ford has won NCAA tournament games at OSU. If Ford is fired, OSU is still responsible for the remainder of Ford’s contact, and of course hiring and paying a new head coach’s salary as well, totaling around $5 million a year for a basketball coach. Is it really worth it?

Athletic Director Mike Holder should be getting just as much heat as Travis Ford.

When your star senior guard and leading scorer goes down in the third game of the season, you’re going to struggle. Losing your leader on and off of the court is never easy. It took a while for this team to re-discover itself and to find an identity. The Forte injury set the tone of the season early: A struggle.

If Forte returns next year on a medical redshirt, Ford might have one of the better backcourts in the country.

Jawun Evans and Phil Forte alone may be enough to buy Travis Ford another year. Evans is Ford’s second McDonald’s All-American point guard and the future looks bright for the freshman sensation. Criticize Ford’s coaching all you want, but the man can still recruit.

Evans is leading the nation in assists among freshmen and is also leading OSU in scoring with 13 points a game. Evans has a great feel for the game and has the potential to be a first round lottery pick. His game reminds me so much of Chris Paul’s and Evans is progressing and developing as a player after every game.

If you fire Ford now, Evans could consider transferring

Before Mike Gundy took over, OSU was widely regarded as a basketball school. Today, not so much. Another 10 win season and slowly but surely basketball is becoming second. Many of us just need to accept that Oklahoma State isn’t a basketball school anymore. If it were, Ford would have already been long-gone. As sad as it is, Oklahoma State basketball may never be what it once was. A sold out Boone Picken’s Stadium helps us to forget how empty GIA has been this season.

You can make the argument that hiring a new coach will fill up GIA again, but OSU would still be losing money by having to pay two coaches salaries. With the success of OSU football recently, basketball expectations aren’t what they once were.

I don’t think anyone can explain this one, maybe it’s the grey home jerseys. But Travis Ford has owned Bill Self and Kansas. Ford’s Cowboys have beat KU in each of the last four seasons, making OSU the only team in the nation to do so. Wins against Kansas buy any coach some more time, especially in Ford’s case.