It's Le'Bryan Nash's Time To Shine For Oklahoma State

Nash is finally out from Marcus Smart's shadow, and it's his time to lead the Cowboys.

Share All sharing options for: It's Le'Bryan Nash's Time To Shine For Oklahoma State

College basketball season will be here before you know it, and the Cowboys have a very talented squad heading into training camp. Highlighting that squad is senior guard/forward Le'Bryan Nash. Nash is a 6'7 senior out of Dallas, Texas. After coming in as a McDonald's All-American, Nash struggled to match the hype. Following a solid and more consistent 2013-14 season, this could be the year that Nash breaks out into a college basketball superstar. Here are three reasons why Le'Bryan Nash will do exactly that in 2014-2015. 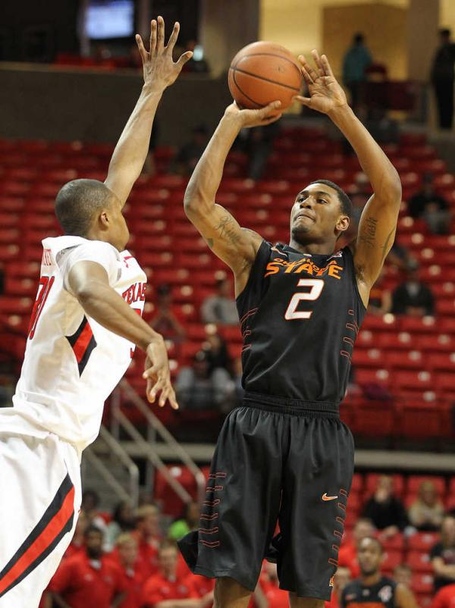 Whether it is a catch and shoot or the dribble off a screen, Nash has a deadly mid-range jump shot. Early in his career Nash tried too hard to make plays from the perimeter, but wisely took shots from 10-18 feet last season. He was very efficient from that range, raising his field goal percentage from 46.2% in 2013 to 52% last season. His jump shot is still improving, and with Marcus Smart gone, Nash will be asked to take more shots for the Cowboys.

Finishing At The Rim 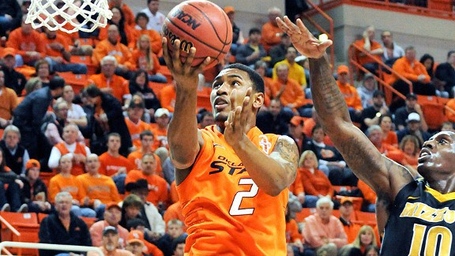 When Nash drives to the basket opposing defenses do one of two things: get out of the way or bring the triple team. He is quick to the basket and is extremely crafty with his layups. His size makes it difficult to contest, but fouling him is a risky option, as Nash shot just under 74% from the free throw line a year ago 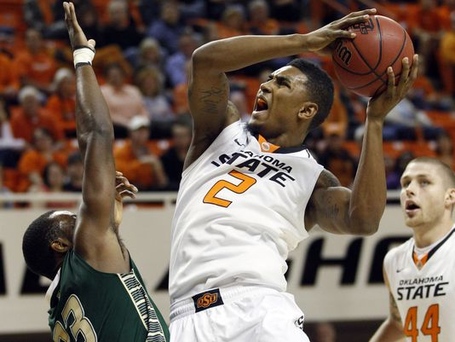 At 6'7, Nash is too big for most small forwards in the country to defend in the post, but has the speed and athleticism to get around power forwards and centers in the paint. That, combined with his finishing ability and silky smooth jump shot, creates a dominant scorer in the post.

Nash has the skill set and opportunity to be a star, he just has to do it.