With J.W. Walsh Injured, What Should Oklahoma State Fans Expect?

There are a lot of new questions following the Cowboys' win over Missouri State this Saturday, most of them surrounding the updated quarterback situation.

Share All sharing options for: With J.W. Walsh Injured, What Should Oklahoma State Fans Expect?

With Walsh's injury in the first half, the offense was forced to switch their approach from a spread, run-based attack to a passing-based offense. Daxx Garman, the junior and former Arizona Wildcat, brings a new style to the offensive attack.

It's important to note that the play-calling, at least until J.W. left, was noticeably more diverse than last week. If you watch their first drive, although they only got a field goal, they used a great mix of plays and formations to drive down the field. Speaking of field goals, I think Grogan has himself a new nickname. Think about it.

It's also important to acknowledge the emergence of the packaged play in the Cowboy's offense. In almost all of their running plays, there was a back-side screen or passing route, giving the quarterback more pre-snap options. 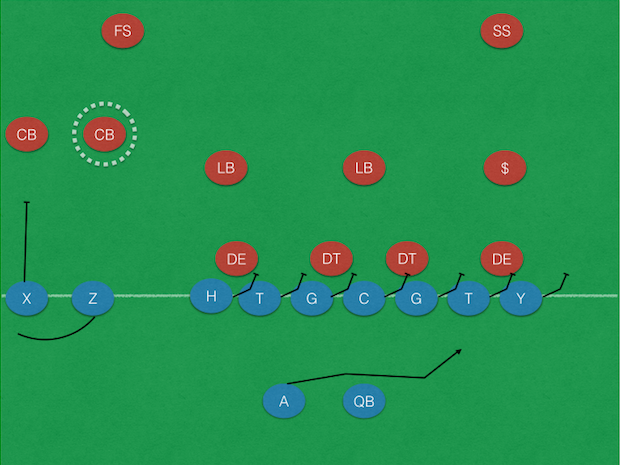 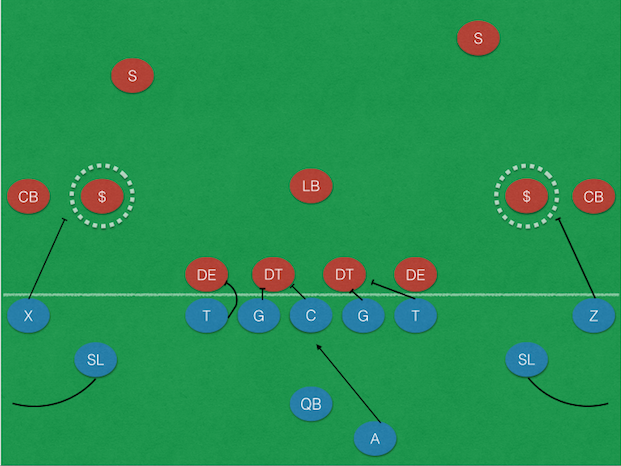 Hopefully these new options will improve the Cowboys' offensive efficiency.

With #12 at the helm, expect Yurcich to bring back pieces from the Weeden playbook - plays like the stick-draw, four verts, etc. Garman has the arm strength for an air-raid offense, proving that on this 87-yard pass in the second quarter.

Another big question for the Cowboys is how they will incorporate Tyreek Hill in a new offense. Part of his success from the halfback position was aided by the threat of the QB keep. Now, with a passing quarterback, anytime he is in the backfield, all eyes are on him. As an offensive coordinator, you should keep this in mind.

Sets up for this

Which also sets up for this

Imagine using Hill as the jet man, taking advantage of an overly-aggressive defense by keeping them on their toes. Once they force the defense to play honest, that's when Hill will have a field day. With concepts like these, the Pokes can maximize Hill's effectiveness without the aid of a mobile quarterback.

Yurcich has already showcased his ability to call plays in groups, as well as the ability to set up plays. Just this weekend, there was an occasion when Daxx threw to a bubble, quickly lined up, and then faked the bubble and looked deep. In another instance, they called an off-tackle out of the pistol diamond formation to Tyreek Hill, only to soon follow that up with a reverse off of the same look. Hopefully, we will see more of this style of play-calling, incorporating Hill in some way. This could help the offense sustain a high level of effectiveness in its new identity.

As unfortunate as J.W.'s injury is, it could be a lot worse. Garman has proven himself as a talented thrower. Additionally, they have some leeway in the coming weeks. No matter who plays at quarterback, they should be favored for each of the next four games. The Cowboys have UTSA, a bye, Texas Tech, Iowa State, and Kansas on deck. Hopefully, the play-calling that we have discussed will be used in some fashion to help take the pressure off of Garman.

We'll see how Daxx adjusts as the new starter. There's no doubt he's got the arm, and if he can limit staring down his receivers, he has the potential to be a very productive player.

Give your predictions in the comments:

In the next four games, Garman will end up throwing for ____yards, have ____touchdowns, and ____interceptions. Post your predictions below.